Independent journalists in Ukraine and Russia deserve our support and admiration 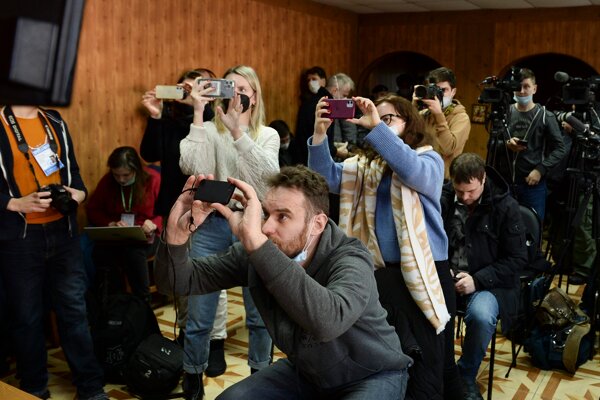 Vladimir Putin started a war. Now, he wants to silence journalists writing the truth about his war crime. His censors launched an attack against the remaining free media in the country; Putin has branded them enemies of Russia and agents of foreign powers for a decade.

The Russian police are arresting journalists who want people to learn about the protests against Putin's war taking place in Russian cities.

The Russian censorship office wants to ban free media and journalists from using words like invasion, attack, shelling or war. He wants them to refer to what's happening as a peace mission and only publish information coming from governmental sources.

But the truth cannot be silenced, neither in Russia nor in Ukraine.

We stand by all our colleagues who defend what remains of their freedom of speech in Russia. Ukrainian journalists are defending not only their country but also the right to freedom for all of us.

Our colleagues in Ukraine are in danger now, but so are all Ukrainians. This once again shows how important independent and courageous journalists are for our free society.