Location and condition of bomb shelters becomes a live issue

Bratislava’s boroughs are checking the shelters in their districts. 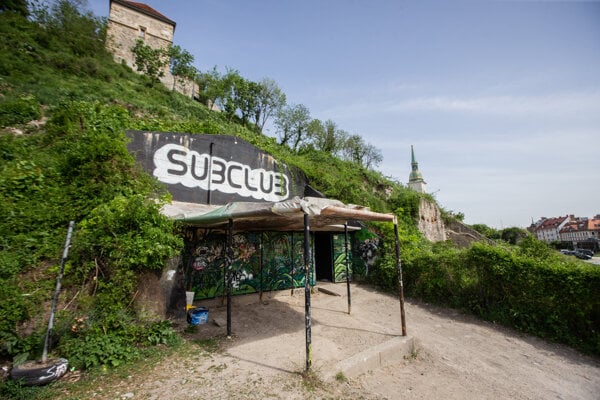 Russia’s invasion of Ukraine has served as a sharp reminder to hospitals, municipalities and the national government to check the state of their civil protection shelters. Since the end of the Cold War in the early 1990s, most of these have remained little changed since they were first constructed in the 1950s and 60s, and now contain obsolete ventilation systems and electricity supplies.

“You know very well that civil protection has been the very last thing to receive attention for the past 30 years,” said Interior Minister Roman Mikulec (OĽaNO), as quoted by the Sme daily.

The ministry’s plans from 2015, i.e. after the annexation of Crimea by Russia, even indicated that construction of new shelters would be inefficient and unnecessarily expensive. In addition, the state further reduced the already limited number of shelters. By selling or leasing them to private individuals so that it did not need to take care of them, it rendered some of them effectively unusable as protection shelters.

Although Slovakia registers more than 312,000 protective shelters, with a theoretical capacity of more than 7.5 million people, more than 99 percent are simple structures such as cellars or garages. The most effective shelters, which are airtight and capable of withstanding bombs, or nuclear, chemical or biological attack, number 1,587 in Slovakia. They can hold a maximum of 288,000 people, Sme wrote.

There is a still functional anti-nuclear bunker on the Danube embankment, under Bratislava Castle. In recent times it has housed a music club, which first opened in 1993 under the name U.Club and was commonly known as Účko. It became popular mostly because of its focus on electronic music, techno and drum’n’bass.

A shelter at the Železná Studnička recreational area, where the State Defence Council was supposed to hide during communism, is, in theory, also maintained. It is intended to serve politicians and civil servants.

Tenants of active shelters are obliged to return them to their original condition for emergency use within 12 hours. However, when reporting on the subject in the past, journalists have had difficulty contacting tenants for several days. It is not at all clear that tenants would be able to fulfil their responsibilities, the daily wrote.

Russia’s invasion as a wake-up call

If Bratislava’s borough of Petržalka were an independent city, it would be the third largest in Slovakia, with more than 100,000 inhabitants. However, it is not known exactly how many public shelters it has.

“We are completing a list of them and we will publish it on the [district's official] website,” said Mária Halašková, spokesperson for Pertžalka, told Sme. In the past, it was assumed that people in Petržalka could, in the event of a crisis, hide in the underground metro. One problem: the metro was never built. (Instead, the borough's single tram line is currently being extended, but it includes no tunnels.)

Later, the Petržalka borough said that there are 24 potential underground shelters with a capacity of 25,000 places on its territory. There are more shelters in private ownership. The borough notes that crisis plans assume that as many people as possible would be evacuated from Bratislava, the SITA newswire reported, although it not specified where they would go.

Other boroughs, as well as the city council, are verifying the condition of their shelters. The Old Town should have 120 of them, half of which are in private hands. Nové Mesto borough has 35 shelters.

The Interior Ministry has not published a list of shelters. It claims that if a threat requires it, people will receive relevant information via local radio, text messages, or television and radio broadcasts, Sme wrote.