Slovak government does not rule out Russia may conduct airstrikes in the immediate vicinity of the Slovak border in coming days. 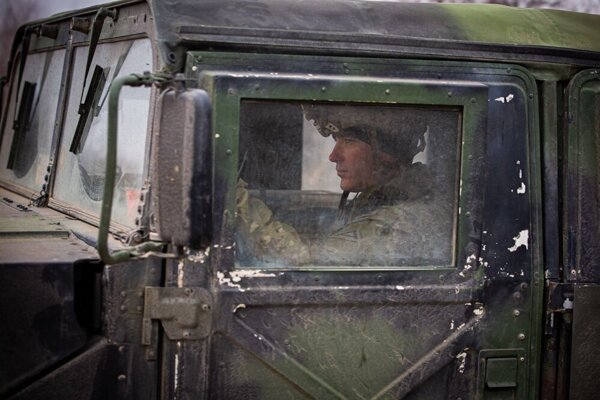 Russia may attack the airport in the western-Ukrainian city of Uzhgorod. The runway of the airport ends just 50 metres from the border with Slovakia, Defence Minister Jaroslav Naď (OĽaNO) said in parliament on Tuesday.

Naď gave this as an example as to why it is vital for Slovakia to enhance the defence of its eastern border. The Slovak parliament approved the mandate for NATO troops to arrive to Slovakia within the enhanced forward presence project at its March 15 session. The cabinet passed the proposal unanimously last week. MPs supported the proposal with 96 votes of the 133 MPs present in the house during the vote.

The NATO troops are expected to arrive within weeks since receiving the mandate, according to Naď.

Speaking to the MPs, Naď remarked that the unprecedented Russian aggression against Ukraine is "finally changing" attitudes among Slovak authorities and the Slovak public in creating an enhanced forward presence (EFP) unit in Slovakia.

Naď asked the MPs to approve the mandate for 2,100 troops, though he specified that for now he expects the arrival of fewer troops, around 1,200 at the beginning. The mandate is for soldiers from Czechia (who will provide the framework for the unit), Poland, Slovenia, the Netherlands, Germany and the USA. 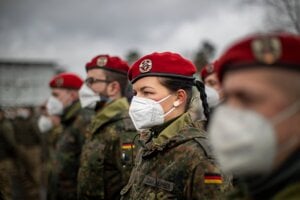 The EFP unit will bring some important capabilities Slovakia lacks at the moment, notably the Patriot air defence system, and it will also strengthen Slovakia's capabilities in cyber war and drone security.

“We are getting things for free,” Naď told the MPs.

Naď also confirmed in his remarks in parliament that Slovakia is going to gradually get rid of its MiG-29 fighter jets.