Enjoy the first spring day by hiking Vtáčnik or watch a 1922 horror film. 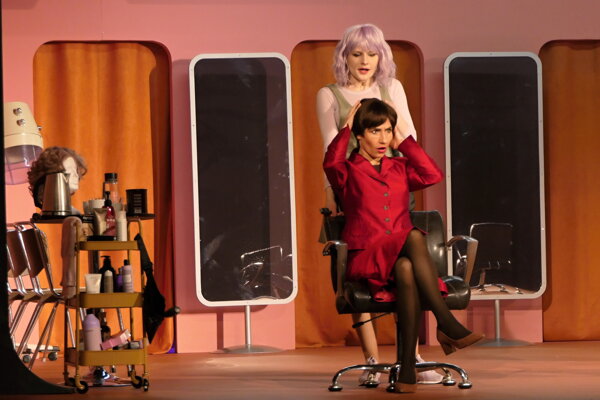 Actresses Natália Fašánková (standing) and Kristína Sihelská during the rehearsal of the play "Kaderníčky" (Hairdressers) at the Municipal Theatre in Žilina on March 9, 2022. (Source: Erika Ďurčová for TASR)
Font size:A-|A+  Comments disabled

It is about time to leave your coat in the wardrobe. Winter will be officially over by the end of this week. The first spring day falls on Sunday, March 20.

It has been reported that one of the symbols of springtime, the stork, was spotted in the Stropkov district, eastern Slovakia, earlier in the week.

Below, you can see a spring as captured by Fero Kráľ in the 1950s. 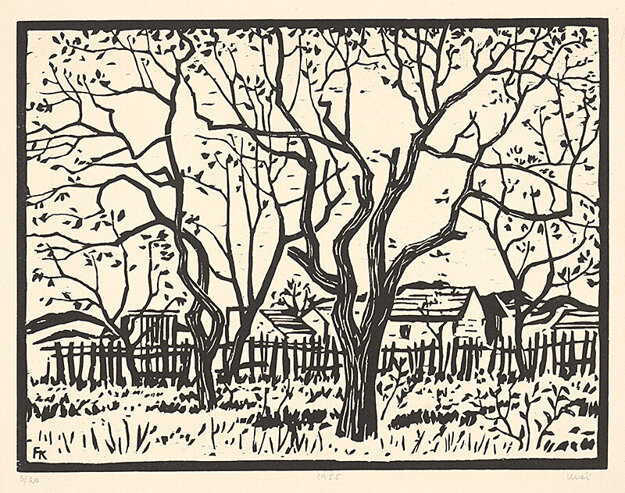 On the border of Trenčín and Banská Bystrica Regions, lies the highest peak of the Vtáčnik mountain range. It bears the same name as the range itself: Vtáčnik.

With its height of 1,346 m, it is a popular place for hiking, cycling and ski mountaineering. Several trails lead up to the peak, but the shortest one starts in the town of Kľak. Still, it takes about five hours and 14 km to conquer Vtáčnik and return back to the town.

Most of the hiking trail is marked with green.

The first interesting place on the way up is a protected area called Ivanov Salaš with rare habitats. Up to 21 bird species nest there, the regional tourism organisation Gron claims. After two hours of hiking, people usually take a break at the Partizánska Chata hut, also known as Škurátka. Partisans hid in the hut during the 1944 Slovak National Uprising. Twenty years later, a forest resembling a five-pointed star was planted nearby. 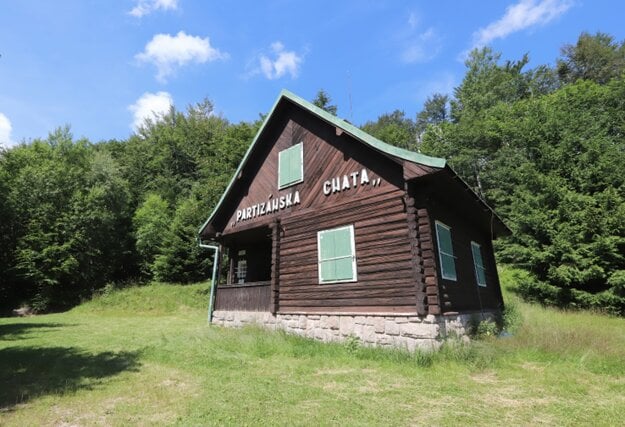 Then it takes 1.5 h to reach the top if hikers also decide to see the Kláštorská Skala rock before Vtáčnik. It is the most distinctive rock cliff in this area.

A cross was erected at the top of Vtáčnik. If the weather is ideal, hikers can see Bojnice Castle and popular mountains, including the Low and High Tatras and the Fatras.

Kľak’s history is very closely linked to the 1944 Uprising. The town was burnt down by the Germans, who also murdered local people for their alleged help to partisans.

A Slovak overwhelmed by Barcelona’s reaction

It was a big opening day that she will never forget, with smoke, music and many hungry people with a sweet tooth.

A video in which Slovak entrepreneur Lucia Kuráková from Fiľakovo, 32, gets emotional after seeing a long queue of people waiting for her cakes in Barcelona has gone viral on Instagram and Tik Tok. The video has been watched by millions.

“I am speechless. It is totally crazy,” she wrote on social media. The Startitup.sk website was first to report on the Slovak’s success.

Having worked as a waitress and a real estate agent in Spain, she decided to open her first restaurant El Desván in Barcelona in 2017, offering one of the best hamburgers in the city. Then, she opened El Desván Vermutéria, a tapas restaurant, where she also began to bake cakes. She opened her first bakery El Desván last year, and her second bakery was opened in late February 2022.

“It is a dream come true,” she added, addressing her customers as her “family”.

She started off her sweet business with cookies made of different ingredients and in different shapes. Today, she sells cheesecakes, brownies and many other cakes in addition to cookies.

How would Tomáš Garrigue Masaryk, the first Czechoslovak president and an academic, have handled communication in the age of social media? 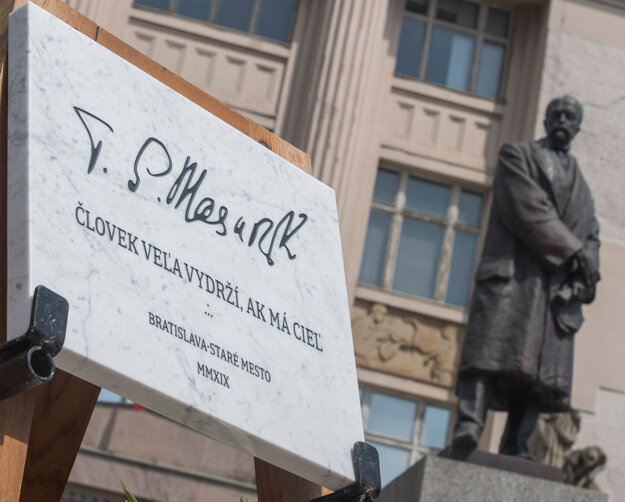 Until October 2022, the Museum of Czech Culture in Martin presents different forms of communication used by Masaryk and how he worked with various information - conspiracy theories, manipulation of public opinion, lobbying or propaganda.

The exhibition presents him as a man who devoted a huge amount of personal and working time to correspondence. It prompts visitors to compare the then world of communication with today’s way of communicating.

Pole: Steel tramway pole in Košice is a reminder of city’s transportation history.

Horror: “The Nosferatu: A Symphony of Horror” premiere was taken at Berlin’s Primus-Palast on March 15, 1922. The silent German horror movie, based on Bram Stoker’s novel Dracula, was also filmed in various parts of Slovakia, including Orava Castle and the Vrátna Dolina valley. 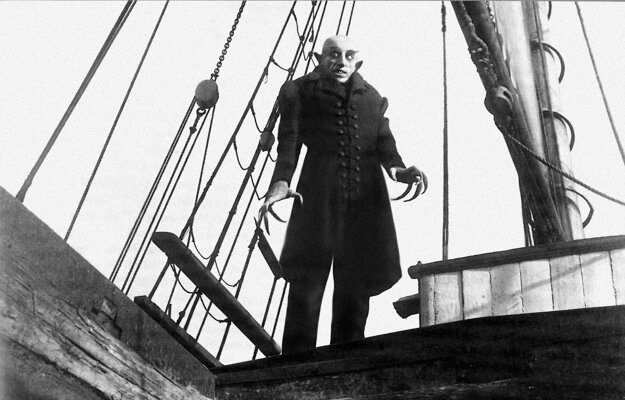 A scene from "The Nosferatu: A Symphony of Horror" silent horror film, which premiered in 1922. (Source: Flickr)

Film: The first edition of the Week of Hungarian Cinematography takes place until March 19 at Cinema Úsmev in Košice.

Auction: The Osnabrück auction house Künker will auction a valuable collection of Celtic coins on March 22, including the tetradrachm of the Boian prince Fapiarix who died around 25 BC. He ruled over a Celtic settlement on the territory of today’s Bratislava.

Dance: The Ministry of Culture transported 90 Ukrainian students of dance schools in Kharkiv and Kyiv, as well as their relatives and teachers, to Slovakia on March 14.

The textile industry is one of the most environmentally-damaging industries, and is contributing significantly to climate change, according to fashion designers, environmental campaigners, and economic experts.

But consumers can influence what companies manufacture and what textiles are used through their choice; they can either buy low-quality fast fashion or quality apparel from local designers, vintage clothes, or even old outfits re-designed into new outfits, Slovak fashion designers say.

“If we don’t care about what we buy, manufacturers will not care about the environment either,” Zuzana Bobíková, CEO of the non-governmental organisation Slovak Fashion Council, told The Slovak Spectator. 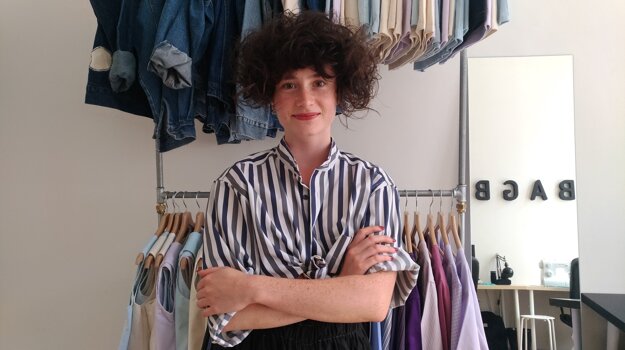 Slovak designer Alžbeta Irhová has a fashion brand, under which she remodels clothes that could otherwise end up in a bin. (Source: Martina Kriková for TASR)

The Slovak Fashion Council runs many projects, one of which is the Bratislava Fashion Map which helps people find local shops, concept stores, fashion studios, showrooms and outlets selling second-hand and upcycled clothes.

Read the story in full.

That is it for this week. I will be back next Friday. Have a great weekend. - Peter