Companies from risky countries will be excluded from public procurement

The amendment adopted by the parliament responds to the Russian attack on Ukraine. 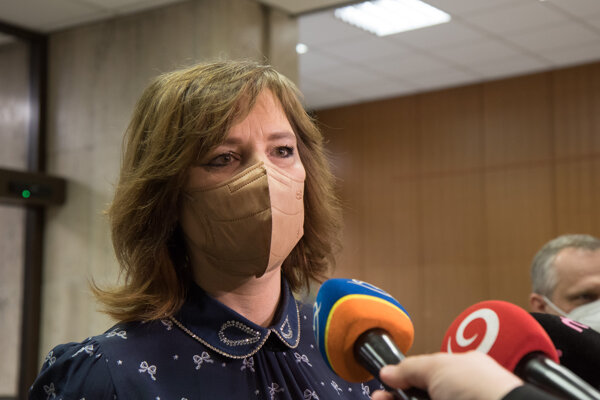 Bidders coming from countries hostile towards Slovakia and its inhabitants will be excluded from trade with the state or will be prevented from entering business fields considered to be critical, such as the energy sector and defence contracts.

This stems from an amendment to the law on public procurement adopted by the parliament on March 23. The MPs discussed the amendment in a fast-tracked proceeding, the TASR newswire reported.

The amendment will enable the government to respond to situations in which it will be necessary, particularly in terms of security point, for public procurers and procurers from certain fields not to enter business relations with suppliers from certain countries labelled risky.

At the same time, it will be possible to order procurers not to close contracts on certain types of commodities from suppliers residing in a certain country or use capacities of such subjects.

Response to the Russian invasion

Investments Minister Veronika Remišová (Za Ľudí), who drafted the amendment with Deputy PM for Legislation Štefan Holý (Sme Rodina), said the change is a response to the Russian attack on Ukraine.

“In this situation, it is better for the orders financed from public sources to be given to Slovak companies, and not companies from countries with hostile and aggressive behaviour towards Slovakia,” she commented.

Apart from the war in Ukraine, the amendment will enable Slovakia to respond to other potential security threats the country may face in the future, she added.

Slovakia is following the same direction as the European Union, which plans to introduce a common trade policy towards countries that treat companies from its member states according to a lower standard than the EU standard.

It also gives the Slovak government another tool to protect Slovak entrepreneurs and the interests of Slovakia, the Investments Ministry said.