Slovakia will purchase gas in rubles if necessary, minister says

The economy minister was criticised by coalition partners for his statements. 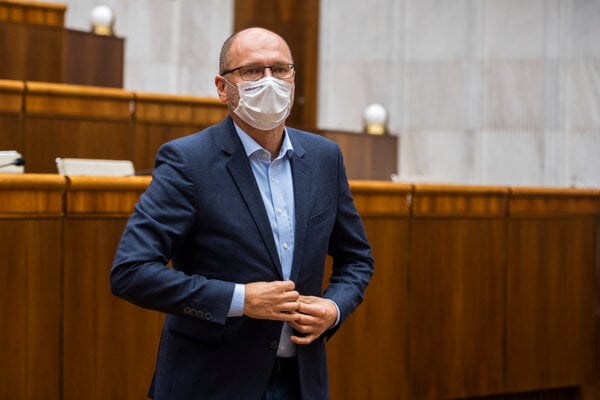 The demand of Russia to pay for gas supplies in rubles is a breach of the closed contracts. But Slovakia needs this gas and if necessary should pay in rubles, opined Economy Minister Richard Sulík (SaS).

Despite the fact that the winter heating season in Slovakia is over, the Slovak industry needs a lot of gas.

“The gas cannot stop [flowing],” Sulík said on a Sunday discussion on public service RTVS. “That’s why I say it, maybe it is too pragmatic a position for some. If there is a condition to pay in rubles, let’s pay in rubles.”

His words raised criticism from coalition partners, who blamed Sulík for breaking the united stance of EU countries. Moreover, it was not his first statement about Russia that has raised an uproar. He said before Russia invaded Ukraine that sanctions on Russia “are unfortunate” and that Russia “will not return Crimea.” These statements cost him an advisor.

Sulík said that Slovakia buys about 85 percent of its gas from Russia. He advocates for a diversification of supplies but that is a matter of several years.