Kotleba is guilty but won't go to prison, losing his mandate

He did not show up for the hearing. 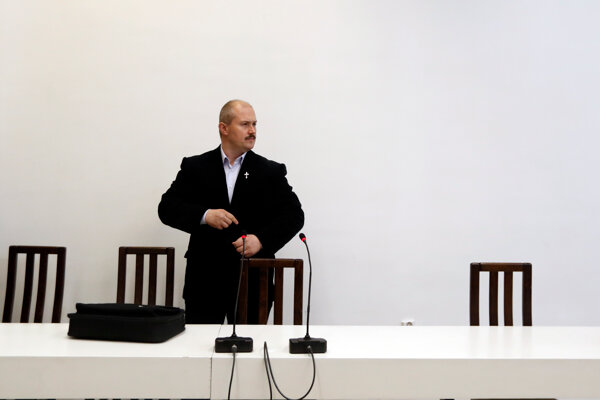 The Supreme Court also cancelled a verdict of the Specialised Criminal Court, which sent him to prison for four years and four months. The court imposed a suspended sentence of six months with 18-month probation, the SITA newswire reported.

This means that Kotleba is not going to prison. He would be imprisoned only if he breaches the condition and if he breaks a law in any way.

This verdict is final and cannot be appealed.

Judge of the Specialized Criminal Court, Ružena Sabová, found Kotleba guilty in October 2020 of establishing, supporting, and promoting a movement aimed at suppressing basic rights and freedoms. She sentenced him to
four years and four months in prison.

The Supreme Court returned to the original qualification of the case and declared that the handing out of cheques was "only" an expression of sympathy for extremism, but not its promotion, the Sme daily reported.

“In our opinion, the mere presentation of such symbols or slogans is not enough,” said senate chair Pavol Farkaš, when reading the verdict, as quoted by Sme. He added that if the case had been a promotion, Kotleba would have had to publicly spread extremism and its symbols as well as push them through to a greater extent.