Weekend: "Do you have hens?" a UK vlogger asks a Slovak villager

It is a relevant question to be asking ahead of Easter. But we have more to tell you about in this week’s roundup. 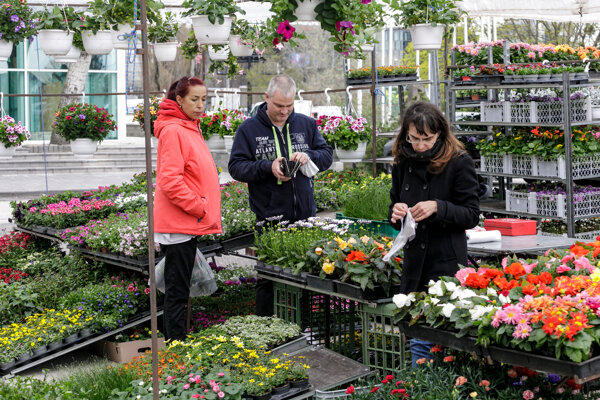 Spring Markets and Flora Bratislava are the two events that are held at Bratislava's Incheba until April 10, 2022. (Source: TASR)
Font size:A-|A+  Comments disabled

Easter is around the corner, so we are going to invite you to an event in Martin. There you will learn more about Easter traditions in Slovakia, including how to make out of an egg a “kraslica”, a beautifully decorated egg.

We have, moreover, started to count down the days until Pohoda returns. We have a playlist to share with you. Also, did you know another Slovak female artist was featured on a billboard in Times Square in late March? You will find out who she is later.

Let’s begin with a foreigner from England who somehow ended up in a Slovak village near Púchov a few weeks ago, and he made a video about his trip. Warning: He seems to be obsessed with hens. He saw some in the village, but here is one more drawn by Ondrej Zimka in 1971. 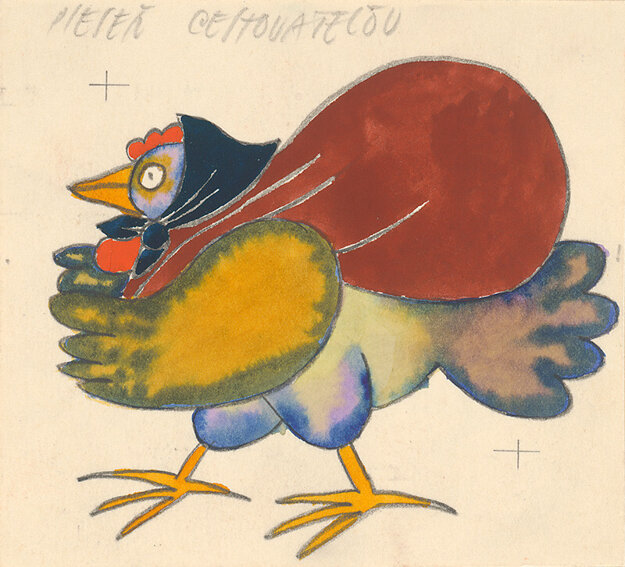 The 1971 "Chicken with a Backpack" illustration by Ondrej Zimka can be found in the Slovak National Gallery’s deposits. (Source: webumenia.sk)

“In Púchov, there is everything”

A little-known Slovak village in the west of Slovakia, Lysá pod Makytou, has now been visited virtually by thousands of Slovaks and foreigners after André Traveler, an English vlogger based in the Czech Republic, posted a video from his entertaining visit to the village on his YouTube channel.

The vlogger first meets an old villager, asking him about hens in Czech. In fact, he keeps talking about hens quite a lot in the video, which has more than 240,000 views on YouTube. The villager sends him to a poultry farm in a nearby town. “In Púchov, there is everything,” the old man says.

Wooden houses are another thing that the polite foreigner is impressed by, as well as by a fire engine and a village cat. “Wow. Even the cat was friendly,” André Traveler tells his fans, when speaking about locals’ friendliness.

Holding a bottle of Slovak beer in his hand, he keeps walking around the village, where no sights apart from a church can be found, but he says: “This village has been pretty interesting.”

In another video, the traveller tastes “halušky”, a traditional Slovak food, and drinks a shot of “borovička” and Czech beer.

As Easter approaches, the Museum of the Slovak Village in Martin will navigate visitors through some of Easter traditions on April 10, which is Sunday.

A folk group from Belá-Dulice, Lysec, will stage a long-expected farewell to Morena, a Slavic goddess of winter and death, and the traditional “oblievačka”. The latter tradition will demonstrate how men throw water at women and whip them gently. These shows will be held at 10:30, 12:30 and 14:30, the museum informed.

Easter without eggs is hard to imagine. “Visitors can learn about the most techniques used to decorate Easter eggs during the Sunday programme,” said Milena Kiripolská from the museum. However, they are asked to bring their own eggs if they themselves want to try any of the techniques. People can buy Easter eggs from sellers at the open-air museum, too. 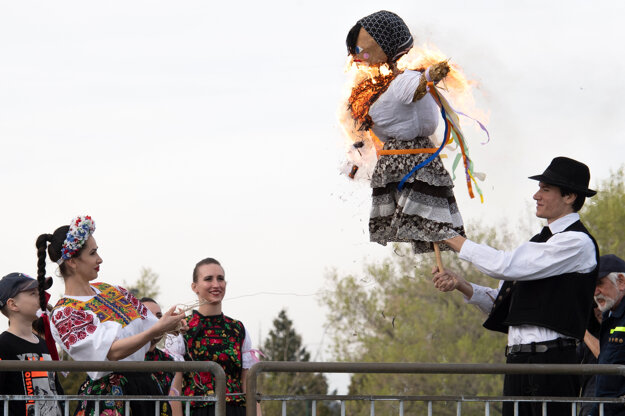 People in Bratislava burnt a 'Morena' at Bratislava's Lake Kuchajda earlier in the week. (Source: TASR)

In addition, visitors will have an opportunity to learn how to make their own whip from twigs.

Kiripolská also pointed out that animal fat was not allowed in the kitchen during the pre-Easter fast, “A housewife was left to use vegetable oil. We will show visitors how people made it.”

Related: The Centre for Folk Art Production (ÚĽUV) will present different Easter egg painting techniques in the days to come at its regional centres. On April 9, one of the events will be held at 15:00 in Tatranská Lomnica. Another event will then take place at 13:00 on April 12 in Banská Bystrica. Events are free.

Display: Tribečské Museum in Topoľčany takes visitors to the world of banknotes and coins, which come from different parts of the globe and time periods. The “Pecunia non olet” exhibition, which can be translated into “money does not stink”, is open until April 29.

Display: The Slovak National Gallery has updated its “7x7” exhibition at Bratislava’s Esterházy Palace, focusing on propaganda this time around. Visitors can see 20 posters, which are linked to curator Viera Kleinová’s article on the Communist propaganda.

Film: Slovak Film Week is nearing its end, but there are still a few screenings to watch this weekend. See the full programme in English.

Tolstoys on a NYC billboard

Slovak singer Ela Tolstova from the indie-pop band Tolstoys has been featured in a billboard at Times Square in New York City, becoming only the second Slovak female to appear in Spotify’s Equal campaign.

The campaign spotlights female musicians around the world. 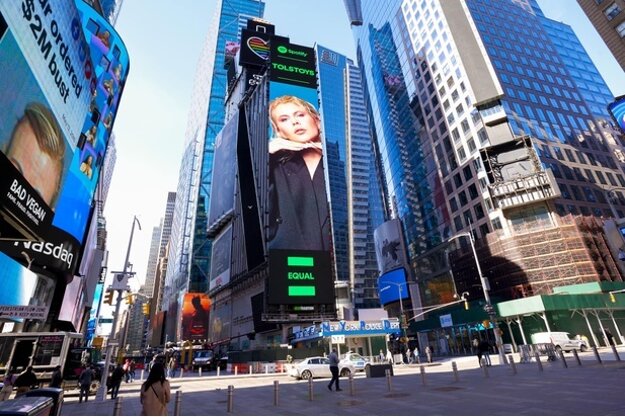 Ela Tolstova from the Tolstoys band on a Times Square billboard on March 22, 2022. (Source: Tolstoys)

“It is beautiful when women are strong, independent and fearless. Equally important, however, are emotion, tenderness, empathy and care,” the singer said. Femininity manifests itself in many forms and colours, she added, “Recognising this and learning to support and accept all of us (especially among ourselves) is, in my opinion, as important as fighting for equal pay, reproductive rights and representation in politics, science and the arts.”

Tolstoys’ single “Gentle” was also featured in Spotify’s Equal Global playlist, later followed by “Mirror Me”. The latter is a title track from the band’s new and sophomore album, which has the same name as the track itself. It was released on February 22, and Tolstova appeared on the famous Times Square billboard exactly one month after the release.

Playlist: Pohoda, a music festival, will open its gates in exactly three months. Listen to Pohoda 2022 playlist on Spotify, which features 100 songs by confirmed artists.

Places to fix your bike in Bratislava

What to do if your bike has a flat tire or needs to have its brakes checked after the winter break?

There are several ways to deal with this in Bratislava. You can either take your bicycle to a specialised service to get it fixed for a fee, or head to self-help workshops. Bike enthusiasts are eager to teach how to maintain a bike or fix it. 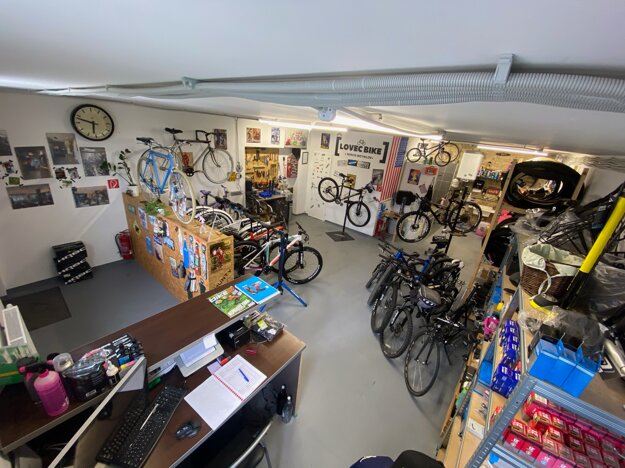 Michal Lovecký has been repairing bikes professionally since 2017. (Source: Courtesy of Lovec Bike)

Memorial: Sculptor Marek Kvetán’s design, which resembles a circle, has won an international design competition. In it, Bratislava looked to find a design for the Tomb of the Unknown Soldier memorial. It will be installed by the Danube in September.

For her, it all started with a jewellery box

When her mother wanted to keep Toth busy, she gave her a jewellery box and the young girl started dismantling the jewellery; to avoid trouble, she also put them back together. She also received various beads and kits to make her own jewellery. 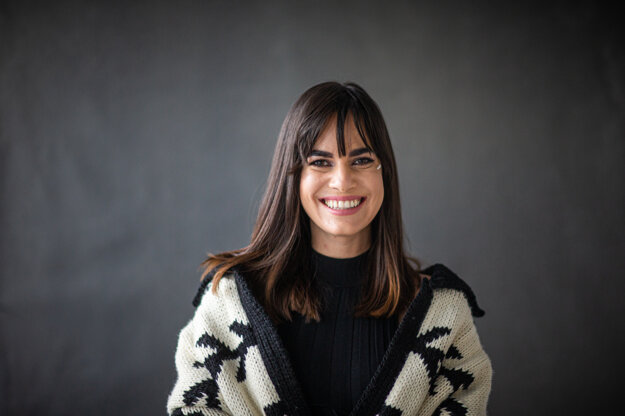 Even though she knew exactly what her future career should be, the path was not so straightforward. When she told her parents she wanted to go to a vocational school in Jablonec in the Czech Republic, which offered a specialisation in making jewellery, they did not allow it.

“They told me I can’t make a living with jewels,” Toth tells The Slovak Spectator.

She later tried to make it to the Academy of Fine Arts and Design in Bratislava but failed. Still, she has become successful in the craft.

That is it for now. Enjoy your pre-Easter weekend! - Peter