The Russian propaganda machine is broken, it used to be much more sophisticated

Making your country resilient to disinformation is one way to help Ukraine, says expert on the information warfare of the Ukrainian armed forces, Viktor Tregubov. 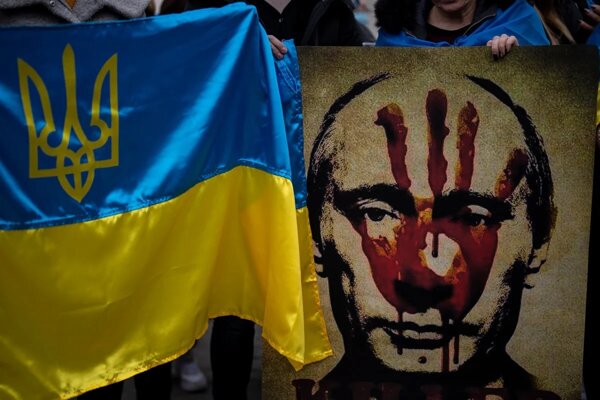 The Russian propaganda machine that used to be sophisticated and efficient is broken, says VIKTOR TREGUBOV, who has been analysing the issue for a long time. The journalist and blogger who co-founded a non-parliamentary political party now serves in the Ukrainian army, mostly engaging in information warfare.

There are better ways to counter Russian propaganda than the laborious debunking of each hoax, he says: one is to closely follow what Russian government-controlled media are telling Russian audiences and make sure the Slovak public hears about it.

Where are you now?

I am serving in a small town some 100 km off Kyiv. Not a big town, by Ukrainian standards. Most of my friends are either volunteers or army men.

37 years old. Worked as a journalist for nearly 20 years, with short-term service in the army in 2015-2016. He’s back with the armed forces now, engages mostly in information warfare as a captain of the Ukrainian Armed Forces, which was also his specialty during his journalism studies. He also has a degree in philosophy and Orthodox theology. Tregubov left journalism in 2019 to co-found a small non-parliamentary political party, Democratic Axe.

For me, it’s information analysis, because I'm part of that kind of unit. Some of my friends are in infantry, some are in more specific forces.

But your weapon is the computer, mostly?

For now, yes. In 2015-2016 I served on the frontline, but now it’s mostly a computer and good mobile connection.

How do you use the computer as a weapon?