Slovak-Ukrainian relations were enjoying a renaissance. Then the war broke out. 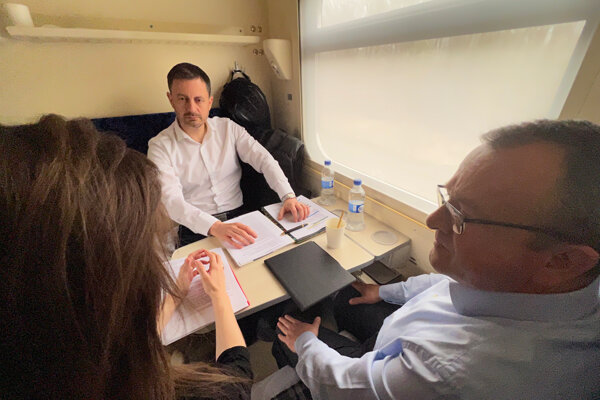 PM Eduard Heger with his advisor Alexander Duleba in a train on the way to Kyiv, April 8. (Source: TASR)
Font size:A-|A+  Comments disabled

It was no coincidence that Slovak Prime Minister Eduard Heger accompanied Ursula von der Leyen, the president of the European Commission, on her journey to Kyiv on April 8.

Heger’s advisor Alexander Duleba says that the joint visit was the result of a concrete plan that Heger presented to European leaders at Versailles in March, one which could help Ukraine to become a member of the European Union (EU) relatively quickly.

There are several such proposals on the European table. But the Slovak one provides a worked-out plan with specific ideas that not only helps Ukraine during and after the current war, but also describes a path to EU membership within five years.

“There are voices saying that it cannot be done so fast, but nobody is suggesting that Ukraine should be accepted tomorrow,” Duleba said. “Ukraine has to fulfil the same conditions as every other country. We only say that we were once in a similar situation and we managed to do it in three years. We have given Ukraine five years, but maybe Ukraine will manage it earlier, so we base this on our experience of how we managed.” 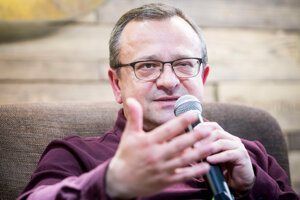 Alexander Duleba during a discussion in 2017 (Source: Archive of Sme)

Duleba, a researcher at the Slovak Foreign Policy Association think tank who specialises in eastern Europe, and a professor at Prešov University, is one of the authors of the plan. In an interview with The Slovak Spectator, he explained why it would be in Slovakia’s interests for Ukraine to join the EU.

Reviving the relationship between Slovakia and Ukraine

Duleba learnt about the planned trip by Heger and von der Leyen to Kyiv about two days before it took place. He said that there were no special preparations, but that security officials who accompanied them explained the risks of making a journey into a warzone, how to use helmets and vests, and how to react in the event of an unexpected situation.

“When it comes to the agenda, we did not have to prepare because there is already a long-term, prepared agenda of relations with Ukraine,” Duleba noted.