Time is running out due to current parliament conflict. 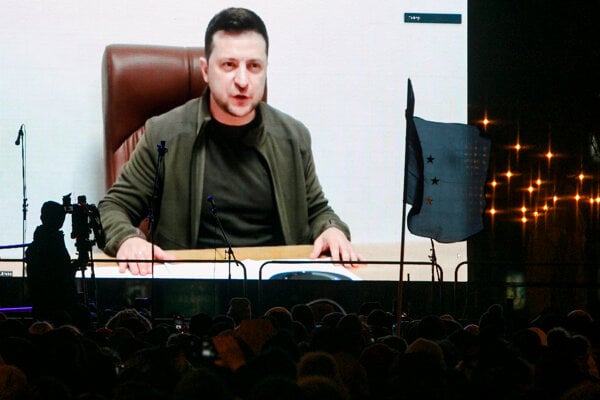 According to Michaela Jurcová, head of parliament’s press department, technical solutions such as securing a big screen and a specific date are being coordinated.

Zelensky's intention to speak before the Slovak parliament was presented by Ukrainian Ambassador to Slovakia, Yuri Mushka, to Speaker of Parliament Boris Kollár. Mushka did so during the opening of an photography exhibition in the National Council building. The exhibition shows pictures depicting war crimes committed by Russian soldiers in Ukraine. 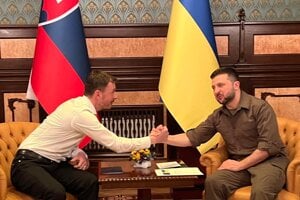 "I believe it is right to do. We must realize that Ukraine is fighting for us, that it is not just a fight between Ukraine and Russia, not just a special military operation. Future history is being decided here, a system to deal with countries that decide to cut one territory from another," said Kollár as quoted by TASR newswire.

According to Kollár, it is also a signal that such actions against any other country in the future are unacceptable.

However, at the present moment the Slovak parliament is time-constrained. The parliamentary session to decide whether to allow detention of opposition leader Robert Fico is continuing and MPs have yet to vote.

Kollár would like Zelensky's speech to take place as soon as possible. Moreover, the parliament has to approve the speech in the first place. 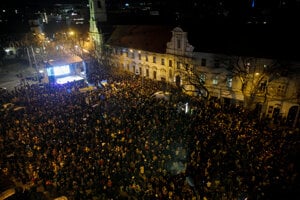 Related article Zelensky to protesting crowds: Don't be silent and support Ukraine as much as you can Read more

Used to addressing parliaments and crowds

Since the war in Ukraine started, Ukrainian President has addressed several national parliaments, including members of the European Parliament, as well as protesters at various rallies around the world. On March 4, Zelensky even addressed people in Bratislava who came together for a protest gathering titled Peace for Ukraine via teleconference.

"Please, don't be silent, don't turn a blind eye on us; come out and support Ukraine as much as you can," he said at the time.