Slovak prince conserved in Germany on the way home

Discovered in 2006 in Slovakia, finds from the prince's tomb will be on permanent display in Poprad. 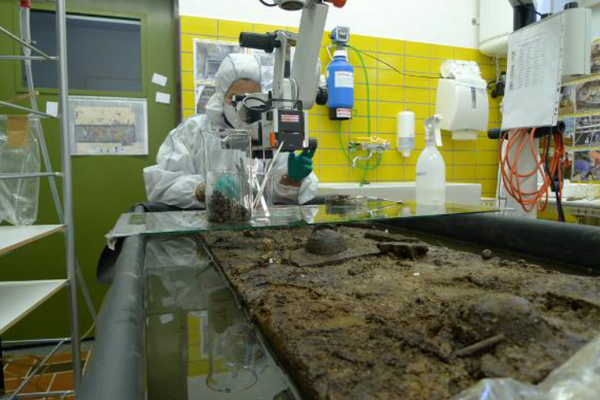 Work in the laboratory on a board from the floor of the tomb. In the foreground, parts of wooden furniture can be seen. (Source: SAV)
Font size:A-|A+  Comments disabled

The wooden tomb of a prince more than 1,600 years old will return to Slovakia.

Two lorries loaded with parts of the tomb will transport it from Germany to Nitra on Monday, May 9, as reported by the SITA newswire.

The rare tomb from the Migration Period was found in 2006 in Poprad-Matejovce, eastern Slovakia. However, parts were then taken to specialised laboratories in northern Germany where experts have been working on its conservation. 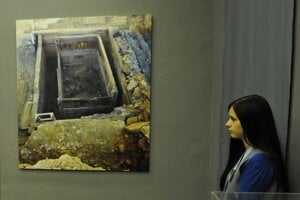 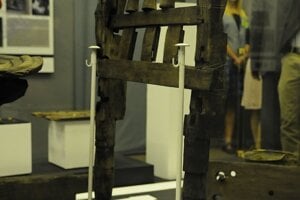 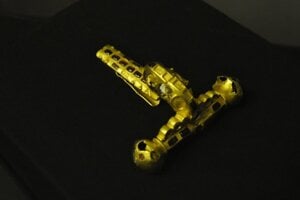 German specialists also took part in a fourth-month research in Slovakia alongside archaeologists from the Slovak Academy of Sciences (SAV) and the Podtatranské Museum. Back then, experts had claimed the tomb from the 4th century AD was a rare European discovery, though it had been robbed.

Archaeologists still managed to find the well-preserved wood, leather, and textiles thanks to suitable soil conditions.

A wooden table, leather-made bow case, parts of a patterned tapestry, wooden sarcophagus and other items from the Migration Period were found by archaeologists in the tomb. 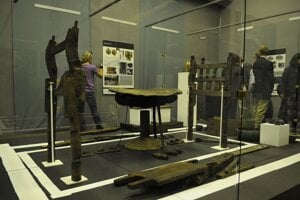 “It's the dream of every archaeologist,” said Matej Ruttkay, who heads SAV’s Institute of Archaeology.

The timber used to build the underground tomb weighed 10 tons. Because it was not possible to conserve the timber in a traditional way, due to technical and financial reasons, German experts invented a new method. Instead of impregnating the timber with a preservative solution, the specialists came up with the ecological method involving the natural drying of timber.

The entire process has not ended, Ruttkay said, and will continue in the institute’s air-conditioned depositories in Nitra.

A permanent display on the life and the death of the prince is being prepared at the Podtatranské Museum in Poprad. It will include all the most important finds from the tomb. 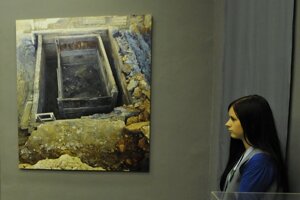 Read also: Archaeologists unearthed a Germanic tomb 15 years ago. When will it be exhibited? Read more

The results of the research on the wooden tomb from Slovakia have also been published in a number of studies.