Matovič's package worth a billion sails through parliament

Municipalities will bear half the costs, saying they may have to raise taxes. 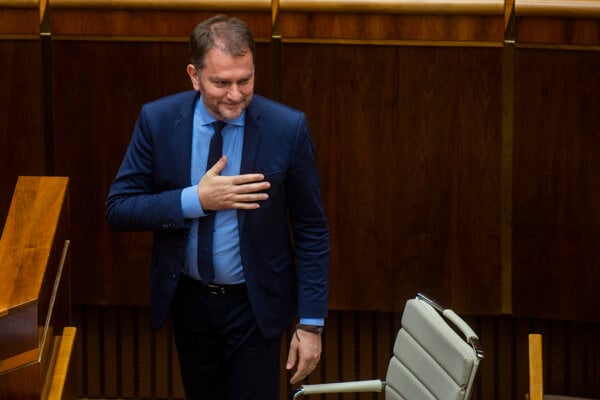 The package of measures that Finance Minister Igor Matovič (OĽaNO) proposed with the declared intention to support families at a time of rising inflation rates has sailed through parliament.

Out of the 131 MPs present in the house, 83 voted in favour, while 23 were against. The measures include the gradual increase of tax bonus per child and the gradual increase of child allowances that parents or legal guardians receive every month, to €30 a month as of July and further to €50 a month as of January 2023. Children aged 5 to 18 should also get €50 for free time activities under the new rules.

The price tag of Matovič's package has been estimated at about €1.2 billion euros, which is some 1 percent of the state budget. The costs of the measures were the main reason that the coalition partner Freedom and Solidarity (SaS) gave for rejecting its support for the package.

In the end, Matovič's package garnered the support of the rest of the coalition (OĽaNO, Sme Rodina, Za Ľudí) as well as opposition MPs of the far-right ĽSNS and several unaffiliated MPs, including Katarína Hatráková and Romana Tabak, recently expelled from OĽaNO. Matovič dubbed those who supported his package "the pro-family coalition".

"Turn me into a fascist if you like. I care about the result and I could not care less about all this crap," Matovič responded to criticism of his talks with extremist MPs about the support for his draft legislation, as quoted by the Sme daily.