It is not always necessary to conquer thousands of vertical metres to have gorgeous views. 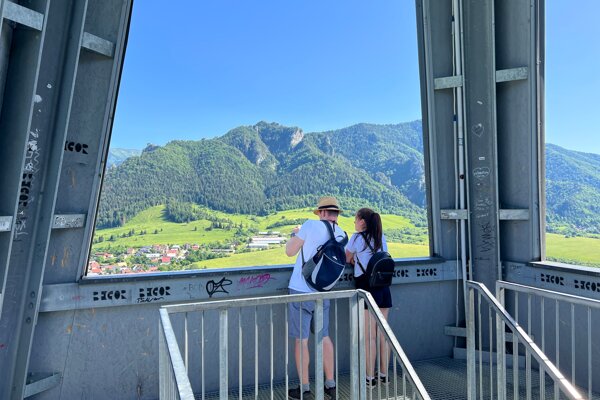 Breathtaking vistas are to be seen in the Malá Fatra mountain range for both locals and visitors. Some 150 kilometres of marked hiking trails run through the national park, plus more through the remaining part of the mountain range not in the park.

It is not always necessary to plan a several-hour-long hike up steep inclines to enjoy a view. In the Žilina Region, there are dozens of lookout towers that allow tourists to enjoy the surrounding country from above.

We chose three viewing towers that take less than an hour to hike to, from which you can can see far into various corners of northern Slovakia.

Higher than the castle

We start at the parking lot under Strečno castle, from where we set out to Špicák lookout tower by following the yellow-marked hiking trail.

The hike does not take long but the terrain is quite steep. Most of the hike leads under the trees, only at one point do we stop at a meadow. In the distance, we can see the city of Žilina, water works, Straník hill and, in front of them, the Monument to French Partisans. There is also a bench and a campfire ring.

After about 45 minutes, wooden stairs appear leading up to the lookout tower. Enthusiastic hiker Ján Urda says that even though the tower is only 8.2 metres high, it offers a perfect view on Strečno Castle from above. 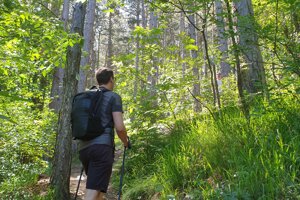 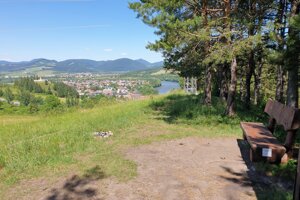 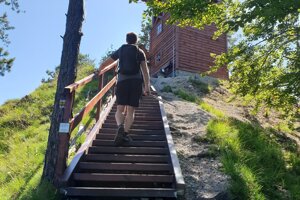 “When the weather is nice, it also offers views on other castles in the area: Starhrad on the other side of the Váh river, Budatínsky Castle and Lietavský Castle,” says Urda. “A nice view is also on part of Domašínsky meander, the ridge of Krivánska Malá Fatra and Strážovské Mountains, on Žilina city and villages of Nezbudská Lúčka, Varín and Strečno, Váh with a dam, and rafts.”

Pay attention on the way down so you don't fall. There is also an alternative trail down from the lookout tower, which is marked with green and about which you can find info at the lookout tower.

Mr Urda concludes: “It is suitable to combine the hike to the lookout tower with a visit to the museum at Strečno castle and medieval village Paseka beneath the castle. Rafting on wooden rafts on the Váh river is also a great experience.”

A matter of the heart in Terchová

A lookout tower with an easy walk, even for families with small children or people not used to walking uphill, is Terchovské Srdce (Heart of Terchová). The parking lot for the tower is in Terchová nearby the local Lidl.

The route to the lookout tower leads through a forest; the trail is wide and covered with gravel. The hike itself will take some 25 minutes, including reading the signs that are part of the educative path, says hiker Alžbeta Szomolaiová.

“I liked that the informative boards are in the same shape as the tower itself and they also positively surprised me with interesting content of high quality, which is especially focused on the fauna and flora of Malá Fatra,” says Szomolaiová. 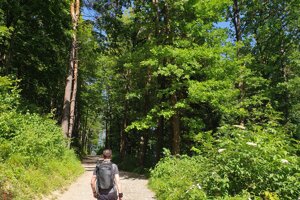 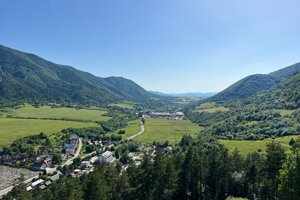 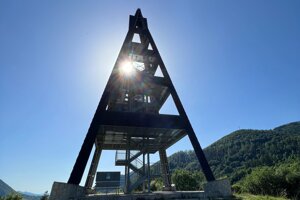 After about a kilometre of walking, the lookout tower suddenly appears in front. It is 30 metres high, and created from metal matting.

At the top of the tower, visitors stand opposite the Malá Fatra mountains; probably the most significant part of the view is a favourite duo of peaks – Malý (Small) and Veľký (Big) Rozsutec.

“From the tower, you have all of Terchová spread out before you,” says Szomolaiová. “The statue of Juraj Jánošík also draws your attention in the foreground.”

At the Terchovské srdce lookout tower there is a buffet with snacks and souvenirs, as well as benches where you can sit and relax. Szomolaiová especially appreciates having a drink with such a view.

Visitors usually don't leave without a photo in a special heart-shaped photo frame where they can photograph themselves with a stunning backdrop.

The last lookout tower we chose starts from the village of Stará Bystrica. The marked route starts right next to the popular astronomic clock at the square. Yellow hiking trail marks guide you through the village through a bridge to the other side of the river.

On the path you will pass the Slezákovci chapel. Here you can choose between two paths, one longer but with a gentler ascent or one shorter and steeper. The longer asphalt road takes about an hour and a half; the shorter follows the Kysucká cyklomagistrála (cycling route) and after about five minutes of walking turns into the forest.

“The advantage of this trail is that it is a circuit, so there is no need to go back the same route. A longer but milder variant of the ascent leads through the viewing meadows, this variant is also used by cyclists on mountain bikes,” says Dušan Šrenkel, a hiker from the Kysuce region who has visited the lookout tower several times. 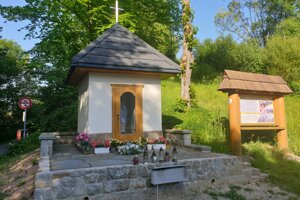 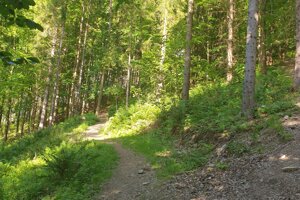 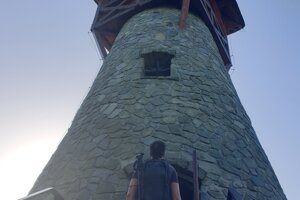 The brick tower with a wooden roof looks like it belongs in the fairytale Tangled. However, if no one lets down their long hair, do not despair - you will reach the top through an open door and a spiral staircase.

"The lookout tower on Bobovec provides views especially of the Bystrická valley and its surroundings towards Stará Bystrica and Klubina, the eastern part of Kysucká vrchovina as well as the Krivánska part of Malá Fatra," says Šrenkel. "With good visibility, it is also possible to see Lysá hora in the Moravian-Silesian Beskydy."

At the tower there is a wooden shelter and fireplaces. From clock to top, the route can be managed in about 50 minutes.

"Due to the length of the ascent route to Bobovec as well as the elevation, this is an easy hike. It is also suitable for families with children," concludes Šrenkel. "The ascent is nice in every season; in winter, due to its availability, there is often a trampled trail."

The article has been brought to you thanks to a partnership with the Žilina Tourism Region and implemented with the financial support of the Ministry of Transport and Construction of the Slovak Republic.