She called it a ‘mobile bio-project’. No such thing, said council

A beach hut erected illegally by a beauty pageant contestant at a popular recreation spot in Bratislava has been torn down by the local authority. 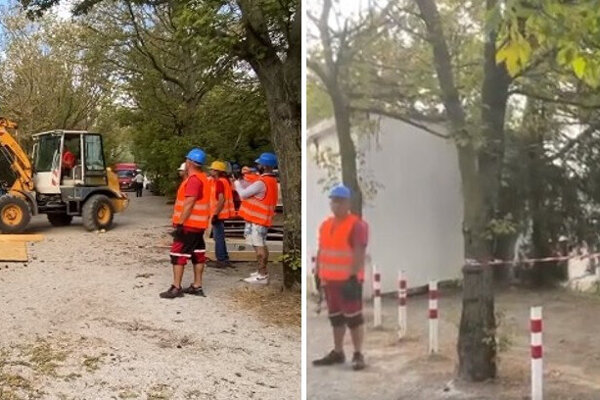 The physical removal of illegal structures does not happen very often in Slovakia. But the Bratislava borough of Ružinov is the latest public authority to summon up the courage to take such a step. At the popular Zlaté Piesky lakeside recreation venue, council workers demolished a structure that Daniela Kralevich, 35, a well known participant in beauty pageants, built in late 2019 without the proper permits.

“The verdict of the construction office was also confirmed by the district office as the superior authority, it was examined by the prosecutor's office, and since the builder did not remove the building herself within the set period, we proceeded to execution and entrusted our Ružinov municipal enterprise with the removal of this building,” said Mayor of Ružinov Martin Chren.

Kralevich claims the structure, which was built on the lake shore, was legal and had permits. She argued that the object was not a genuine structure, as it was not firmly connected to the ground. Instead – and despite it looking suspiciously like a beach hut – she claimed it was a “mobile bio-project”. She has filed several complaints in connection with the case.

Chren rejected her arguments, citing the construction law, which clearly defines what a structure is.

“This is a building that requires a development permit and the consent of the city council in the given area,” he said, adding that Kralevich did not hold any such permissions, and had not even tried to obtain them.

The Ružinov construction office described the building as dangerous for people and the environment. The illegal structure was first cleaned out with the assistance of municipal and national police officers, and its contents documented and stored. The structure itself was then torn down. Ružinov will seek to recover from Kralevich the costs of its removal and disposal of the resulting waste in an environmentally sound manner.