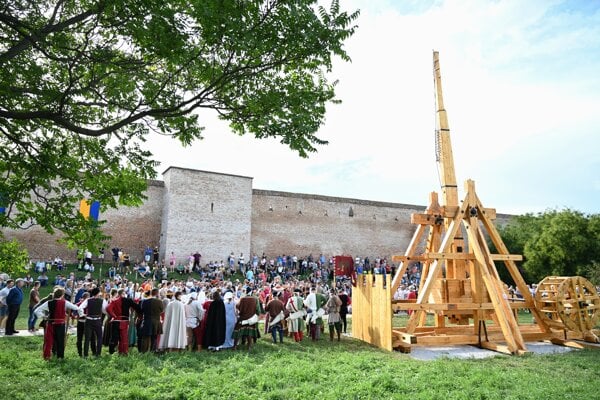 The new city attraction, a life-size replica of a siege device, was presented near the walls in Trnava this September.

The historical reconstruction of the siege facility aims to popularise and make the city fortification more attractive to tourists and residents of Trnava. 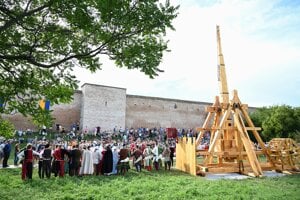 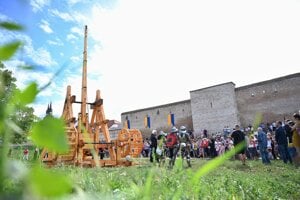 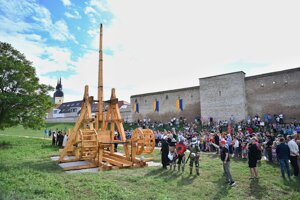 Replica of catapult in Trnava (4 photos)

"We would like to bring more visibility to the city walls of Trnava, among the best-preserved fortification systems in Europe," said Alexander Prostinák, acting director of the Regional Tourism Organisation (OOCR) Trnava Tourism, as quoted by the TASR newswire. "This is a device called a trebuchet, which in the Middle Ages served as a stone thrower and which used counterweights."

With Trnava region travel guide in hand, you’re sure to find that “Little Rome” is larger than life and ready to welcome you with open arms (and mead)!

A drawing was made on the basis of craft-historical research, with a length of eight meters, width and height of five meters. "The device is not fully functional for safety reasons, but our effort is to make it as true to the period as possible," added Prostinak.

The catapult is located on a green area on Hlboká Street by the north-eastern tower of the city walls.