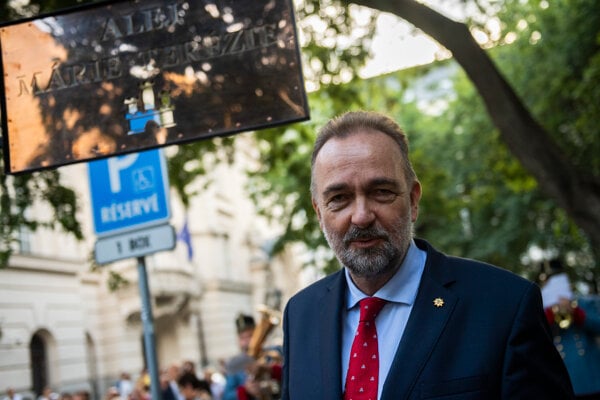 While Maria Theresa is one of the most important figures in the history of Bratislava, the name of the Habsburg Empress had, until recently, been conspicuously absent from the city’s public spaces.

But on Wednesday, September 7, Karl von Habsburg, the head of the House of Habsburg-Lorraine, and Old City Mayor Zuzana Aufrichtová and city councillor Gábor Grendel unveiled an official street sign marking the Maria Theresa Parkway in the centre of the capital. 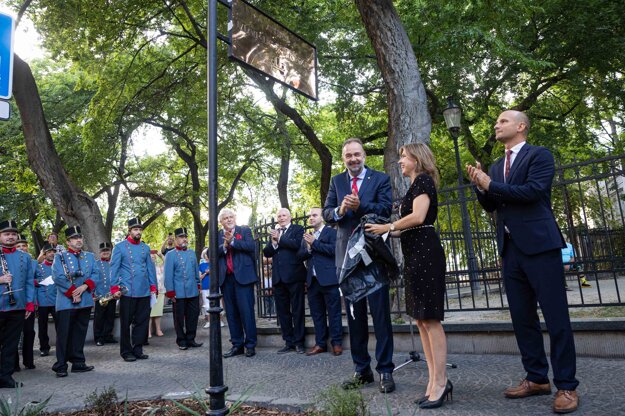 “I know how much Maria Theresa is appreciated here in Bratislava and the role that she plays in its history,” said von Habsburg, an 8th generation direct descendant of the empress, during the ceremonial unveiling of the sign.