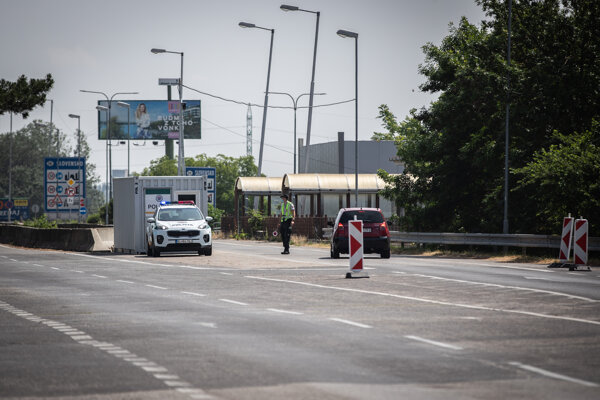 Austria is to start checks at its border with Slovakia tonight as it looks to stem a rise in illegal immigration.

People crossing into Austria will be checked as of midnight tonight, the Austrian Interior Ministry told the APA newswire, Slovakia's TASR newswire reported.

The announcement comes a day after the Czech Republic announced similar controls in a move which Prague admitted was "radical" but said was necessary to combat growing illegal immigration.

The checks, which both Austria and the Czech Republic are introducing tonight, are temporary measures. Czech officials have said they will run initially for ten days, but could be extended if needed.

Speaking on the "Journal um Acht" program of the Ö1 radio station on Wednesday, head of the Austrian Interior Ministry, Gerhard Karner, said: "It's imperative to respond before the traffickers do." Most illegal migrants come to Austria through the border with Hungary, he added, as quoted by TASR.

Czech authorities have criticised their Slovak counterparts' approach to illegal migrants. They have questioned the low numbers of detentions of illegal immigrants in Slovakia compared to other neighbouring states, and claim Slovak officials are breaking international agreements by refusing to take back illegal migrants detained by the Czech police despite proof that they came to the country from Slovakia, the Denník N daily wrote.

Slovak interior minister Roman Mikulec, who has also faced criticism at home from opposition MPs who accuse him of underestimating the situation with illegal migration, is due to attend a session of the Security and Defence Parliamentary Committee on Thursday which has been convened to address the border checks.