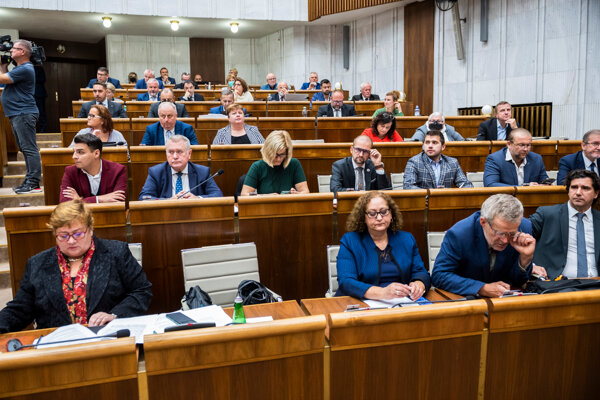 Seventy-three MPs of 124 present MPs voted for the motion on October 4, but 76 votes were required.

All opposition MPs from SaS, Smer, Hlas, ĽSNS and Republika, as well as two non-affiliated MPs Tomáš Valášek (PS) and Miroslav Kollár (Spolu) supported the removal of Matovič in the voting.

However, three opposition MPs, Tomáš Taraba, Štefan Kuffa and Filip Kuffa, who won parliamentary seats thanks to the far-right ĽSNS slate and later went on to form their own party, did not support the no-confidence vote. They were present in the debating chamber but did not use their voting devices.

Matovič was not present in the chamber as he was in Luxembourg, attending the ECOFIN meeting.

SaS, a former coalition party, initiated the motion along with several other opposition MPs. Voting on the motion was postponed from last week to Tuesday due to several delays, including Matovič’s long speeches in parliament.