Man harasses actors and presenters in Bratislava, police do nothing

The stalker is being investigated. 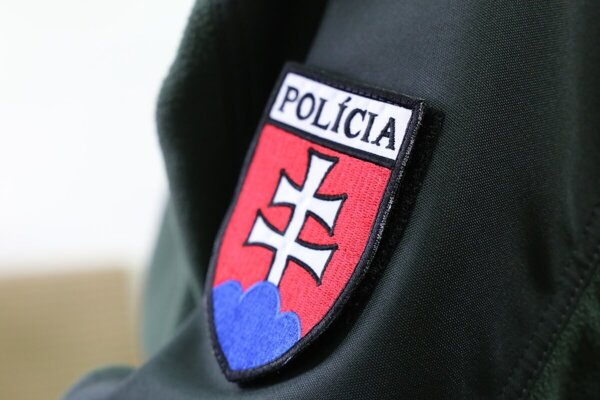 A stalker and psychiatric patient, who harassed around 30 well-known personalities in Bratislava for several weeks without police intervention, was detained on Sunday afternoon.

The man in question almost got into a taxi with singer Katarína Koščová, stood in close proximity to actress Kristína Tormová, and did not respond to requests to leave.

According to Michal Szeiff, spokesperson of the Regional Police Directorate in Bratislava, "there are reasons that the man is suspected of dangerous pursuit".

"He is now being investigated by the Bratislava regional criminal office. He will be questioned, and then it will be decided whether he will also be prosecuted in detention," the spokesperson said, adding that while the man's personal freedom has been restricted, he has not yet been charged.

According to the Sme daily, the stalker is a homeless person from Považská Bystrica.

Police knew about the man

“I think this young man needs help. When he stood by that taxi, he was clearly tense, as if he was fighting himself whether he should open the door or not. Although he was aware that this was really over the line, he obviously could not control himself," Koščová described the situation with the stalker for Sme.

"He does not want food. He does not even want money. I also yelled at him as a precaution. I was a bit desperate and then I felt guilty about it," presenter Ludwig Bagin described an encounter on social media.

Although the police have known about the man for a long time, and were summoned to incidents several times, until now they had performed an "operational investigation," meaning that after each case of harassment they had determined whether he had committed an offence or crime.

The police could not charge the man. He was not aggressive, nor did he threaten or stalk anyone long enough to meet the criteria of dangerous stalking.

According to the reports of the victims, the man was charged with dangerous stalking, seeking out personal proximity and following people.

This can mean that the police have found other stalking cases from the past from which they could finally lay charges.
According to Tomáš Strémy from the Department of Criminal Law and Criminology of Comenius University in Bratislava, the stalker may be charged if the police see a high intensity threat. A criminal prosecution can then be initiated.

Whether the man will actually be prosecuted depends on the prosecutor or judge. If the prosecutor will not recognize the qualification of the crime, the stalker would have to be immediately released .

The health status of the stalker is also important. If during the prosecution the judge proposes a mental health assessment based on the recommendation of the prosecutor, the results of which say the man is not criminally responsible, the police will have to end the prosecution.

However, the judge will be able to order protective treatment in a detention centre.

Michal Katuška
Subscribe Author Subscribe
News: Receive notifications about new articles by email. Try the new feature and turn on the subscription.
Sme daily reporter since March 2020. Michal Katuška has a degree in political science from the Comenius University in Bratislava. He previously worked as the reporter of the public-service RTVS broadcaster, in 2017 as its correspondent in Brussels.