Doctors to protest in Bratislava this Thursday

Heger says his government prioritises health care like none of its predecessors, but doctors only see vague promises. 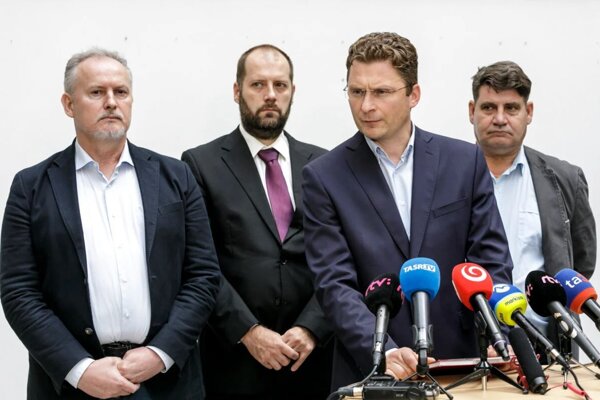 Doctors will take to the square in front of the Government's Office to protest following the failure of the government and the doctors' unions representatives to come to an agreement.

About one quarter of all hospital doctors in Slovakia have filed resignation notices, most of which expire as of December 1. Last week, the government proposed a memorandum to the doctors, but they rejected it, saying that it only meets half of their demands.

Criticising the government for being passive over the looming mass resignation of doctors, the Medical Trade Unions Association (LOZ) organised a protest at Námestie Slobody (Freedom Square) in Bratislava. They will gather in front of the Government's Office on Thursday, a national holiday in Slovakia marking the anniversary of the 1989 Velvet Revolution.

“The LOZ representatives have been ready for constructive negotiations from the very beginning," LOZ head Peter Visolajský said as quoted by the TASR newswire. "The government has never taken the opportunity, which we think is gambling with the lives and health of Slovak citizens. That was the main aim behind initiating the protest gathering.”

Doctors say that they have been waiting for a chance to meet with the prime minister, finance minister and health minister since August.

Slovakia will not be safe, LOZ says