Slovaks have improved their English skills 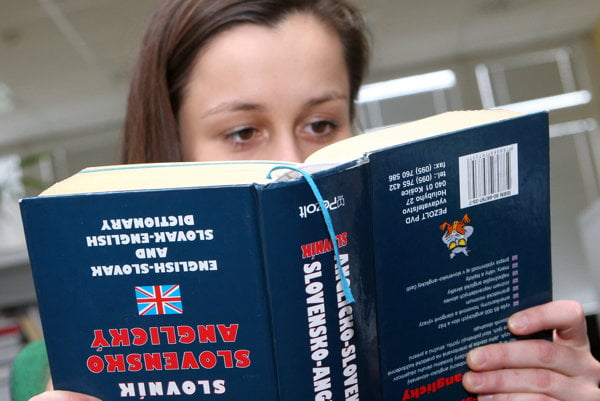 Slovaks have reached the highest level of English in history and are approaching the world's top.

Slovakia is at 15th place - the best so far - in the results of the EF English Proficiency Index 2022 survey, the SITA news agency wrote.

The survey, carried out annually by the EF Education First organisation, focuses on populations for whom English is not a mother tongue. The Dutch speak English the best, Singapore in second place, Austria rounding out the top three.

According to the survey, Slovakia is among the countries with a high level of proficiency in English knowledge. Slovaks scored 597 points in total, seven points more than last year. Slovaks are only three points away from the highest possible level of English proficiency.

More than two million people from 111 countries participated in the survey this year.

In 2021, for the first time Slovakia overtook the neighbouring Czech Republic in the ranking, which was ranked 23rd this year. Out of the V4 countries, only the Poles speak English better than Slovaks.

Even western European countries such as Luxembourg, Switzerland, Italy, France and Spain finished behind Slovakia in the ranking.

Albanians, Moldovans and Russians have the worst level of English in Europe. Belarusians and Ukrainians are also in lower places.

The lowest levels of English in the world were recorded in Laos, the Democratic Republic of the Congo and Yemen.

Bratislava the 13th best from capitals

In the survey, capital cities and metropolises had a higher average level of English proficiency than the country as a whole in almost all cases.

Residents of Amsterdam, Copenhagen and Stockholm speak English the best, while Bratislava shares the highest possible level of English proficiency with these cities at 13th place.

The African cities of Kinshasa (Democratic Republic of the Congo), Abidjan (Ivory Coast) and Mogadishu (Somalia) achieved the lowest level of English.

Youngest adults have problem in English due to pandemic

In addition to the English level in countries around the world, the survey focused on knowledge of this language across different age categories, cities and genders.

Globally, English proficiency has improved among adults over 25, with the most noticeable improvement seen among people over 40. However, a significant change occurred in the age category from 18 to 20 years. As of 2020, the English language proficiency of the youngest adults dropped by a staggering 50 points, down to B1.

"This situation is mainly due to the coronavirus pandemic, when school classes were completely interrupted or students learned online. The situation was also not helped by the fact that it was not possible to travel abroad during the pandemic, so there was no room to improve the language in practice," Ihnátová said.

In 2022, the survey further widened the gender gap in the young age group. While between 2014 and 2020, women had a higher level of English, men overtook them last year, and the survey produced the same result this year as well.