It bears the singer's signature and lyrics from one of his most popular songs. 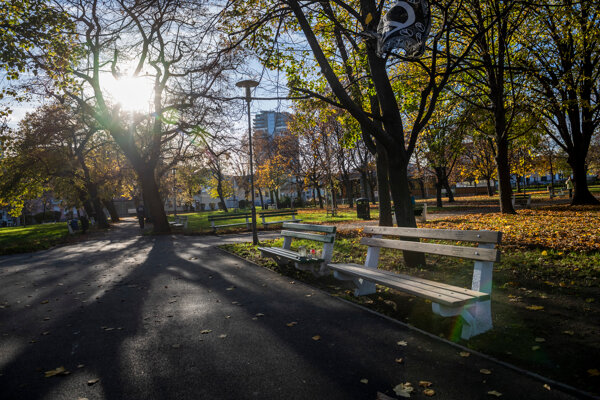 A bench on which Miroslav “Meky” Žbirka, a legendary Slovak singer dubbed “the fifth member of the Beatles” because of his devotion to the band's music, used to sit and play has returned to Račianske Mýto Square in Bratislava. The city council, in cooperation with Žbirka’s widow Katarína, refurbished the bench and added the singer’s signature to it, along with a few lines from the lyrics of one of his songs. 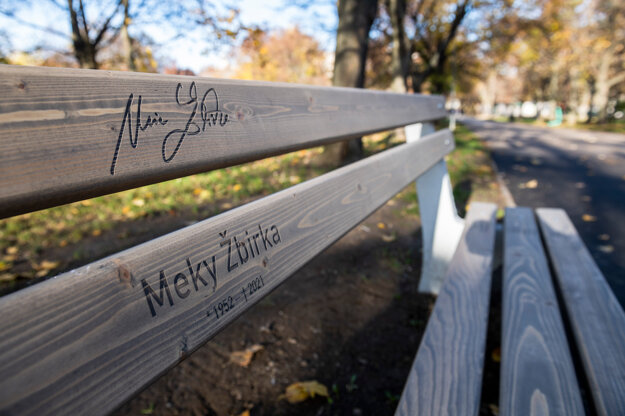 The new bench in the park at Račianske Mýto, bearing the engraved signature of Miroslav Žbirka. (Source: TASR)

Between 1966 and 1967, Žbirka (1952 – 2021) was in the habit of sitting in the square and playing songs by the Beatles, the Bee Gees and Elvis Presley to his friends. From there his path led to the band Modus, which in 1969 won the Bratislava Beat Festival.

Žbirka died just over a year ago, on November 10 2021. This year, the city prepared a commemorative event at the restored bench to mark the anniversary.

Meky had a very strong relationship with Bratislava, as well as with the park on Račianske Mýto, noted Katarína Žbirková.

“On the bench are the lyrics of the song The City Sleeps, which it is about Bratislava and which was created in Bratislava,” she said, as quoted by the SITA newswire. “He would certainly be glad that anyone can sit on his bench from now on, and play the guitar, like he did years ago.” 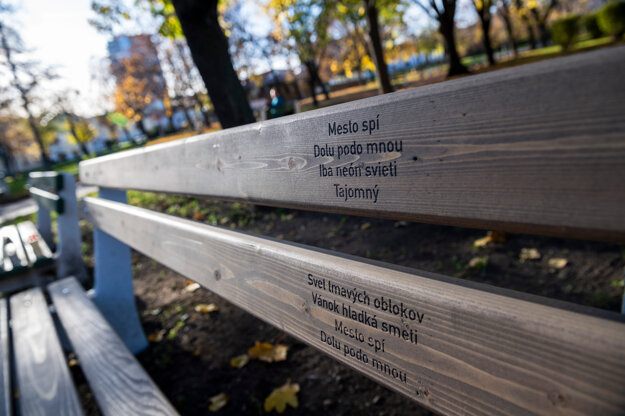 She noted that their daughter Linda was born in Bratislava, and that they lived in the city for four years.

“It was on this bench that Ján Baláž from the band Elán supposedly approached him, and together they founded Modus,” she said.

After news of the popular singer's death spread, the bench became a spontaneous place of remembrance, where dozens of people went to light candles and lay flowers.

The capital then resolved to repair the bench and create a place of remembrance while preserving its authentic form. It did so in cooperation with the borough of Nové Mesto and the civic association Živé (Vivid) Račko.

“Our dream was to pay tribute to Meky on his 70th birthday, at which time we wanted to create a monument for him in the form of a bench with a reference to his oeuvre – and to invite him as a guest of honour to our festival Vivid Račko,” said Marianna Mašátová and Pavol Troiak from Vivid Račko, adding that after Meky’s death they felt even greater urgency to carry out their plan.

Žbirka lived in Bratislava until the 1990s, after which he moved to Prague. There are several places around Bratislava that are associated with his life, for example, Gunduličova Street, the legendary V Club or the park on Račianske Mýto.