Curia Zuzana was built in 1745 by Franz Máriássy, named after his wife. The farm building was completely renovated in the 1980s. 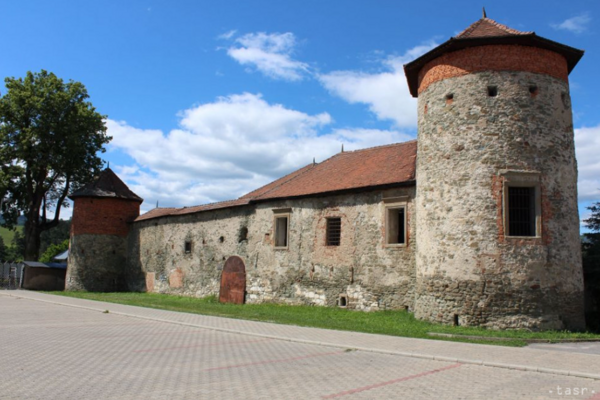 Curia Zuzana in Markušovce in the Spiš region is awaiting a renovation of more than two million euros. Most of the costs will be financed by the Košice self-governing region (KSK), though the regional Spiš Museum in Spišská Nová Ves also received funding from the European Economic Area (EEA) Grant. The director of the museum, Zuzana Krempaská, said that the cultural monument will be saved and new exhibitions are being prepared on the premises.

The Slovakia travel guide offers a helping hand in the heart of Europe.

The construction site has been taken over by a contractor who will restore the historic farm building near the Markušovský mansion.

"In addition to the historic farm building and the French park, the manor grounds also include the dominant building of the summer house, which has already been renovated. In the next phase, we are starting the restoration of Zuzana Curia, which should be completed in the spring of 2024. The construction part of the project was put out to tender at €2.2 million, of which €700,000 is a contribution from EEA Grants," said KSK chairman Rastislav Trnka, as quoted by the TASR newswire.

The aim of the project is to create modern exhibitions using new technologies, which will be brought by one of the partners - the Icelandic company Gagarín ehf, according to Krempaská.

"It has many years of experience in creating interactive exhibitions. An environment will be created for workers, but mainly for visitors, such as a space for services, an information museum, refreshments, relaxation and entertainment," added the director, as quoted by TASR.

The museum will have the opportunity to implement various experiential activities in the main season, but also outside of it, for example summer art schools and workshops. The new museum exhibits will combine three regional themes - the life of the noble Máriássy family, the history of wood processing and the furniture industry, and the presentation of traditional folk culture, including minorities. The Secondary Vocational School of Woodworking in Spišská Nová Ves and the Regional Tourism Organisation of Slovenský raj and Spiš are also actively cooperating on the project.

Zuzana Curia was built in 1745 by Franz Máriássy, named after his wife. The farm building was completely renovated in the 1980s. Currently, there is a depository on its first floor and a sales point on the ground floor. Originally, the building was intended for the accommodation of servants, and farm animals or horses were stabled in the lower part. The family coats of arms of both spouses are still depicted on a relief on the building.