News digest: We visit the camp for migrants near the Czech border

Good evening. Here is the Monday, December 5 edition of Today in Slovakia - the main news of the day in less than five minutes.

Thousands of migrants are stuck in Slovakia 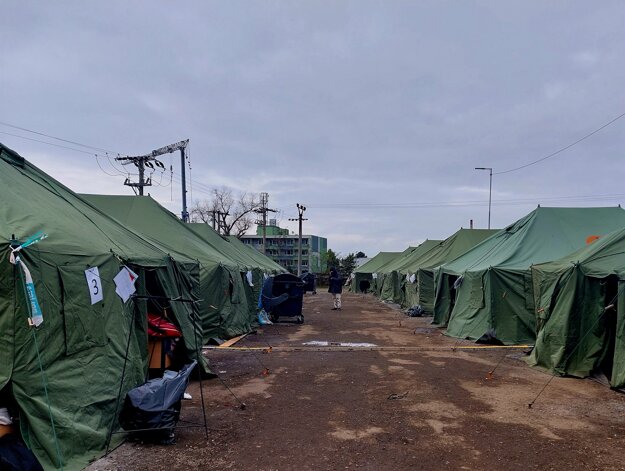 A tent town for refugees near the railway station in Kúty, Slovakia, November 23, 2022. (Source: The Slovak Spectator)

Thousands of mostly Syrian migrants are trapped in Slovakia as Czech border patrols are preventing them from crossing into Czech territory, while Hungary refuses to take back those that have already travelled north into Slovakia. The government is struggling to come up with a solution.

The Slovak Spectator visited a tent town that the Interior Ministry has set up to house up to 200 migrants next to a residential area and railway station in the border town of Kúty. The emergency accommodation was established after an increase in reports about groups of migrants roaming the towns and fields near the border.

Locals have expressed unease about their presence, but the police have recorded no offences committed by migrants. Some people are trying to help: groups of volunteers are working in shifts to provide care for the Kúty tent town's inhabitants.

“I think it is a big contradiction to be moved by the horrors and victims of the Holocaust, to condemn Putin’s regime while looking at the bodies of dead civilians in the media, and at the same time to scold migrants and refugees from war-torn Syria,” local priest František Moško, leader of the volunteering groups, told The Slovak Spectator.

It was one of those weeks when a single number, “363”, was uttered with growing frequency in Slovakia. Though it is mostly accompanied by question marks, exclamation marks and even obscenities, General Prosecutor Maroš Žilinka seems determined to use 363 as his answer to every dilemma, no matter how controversial the circumstances. Editor-in-Chief Michaela Terenzani sums up the last week in Slovakia in her regular newsletter.