One is traditional, the other carries a message of inclusivity. 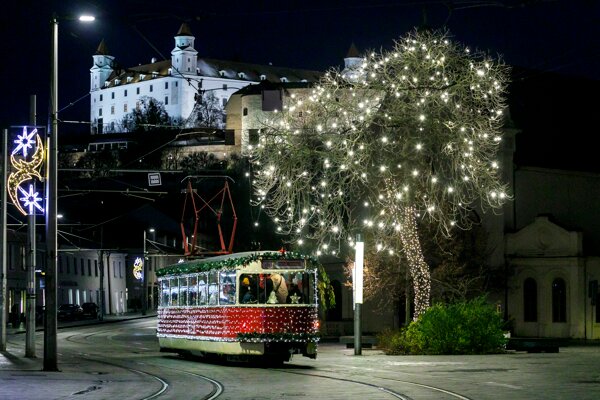 Bratislava now has two Christmas trams. They are distinguished by a snowflake symbol on their destination board, and follow a special route. They will operate in the streets of the Slovak capital until January 6.

"This year, there will be two types of vehicle, each specially decorated and richly illuminated. We believe that all fans of urban public transport in Bratislava, city residents and visitors alike, will enjoy themselves. I cordially invite everyone to ride Bratislava's Christmas trams," explained the First Deputy Mayor Tatiana Kratochvílová of Bratislava, as quoted by the TASR newswire.

Both trams follow a circular route through the city centre every day via the following stops: Jesenského - Námestie SNP - Kapucínska - Nábrežie - Jesenského. No ticket is required. 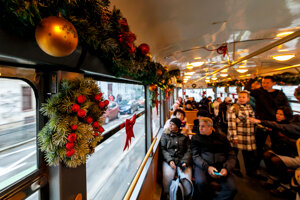 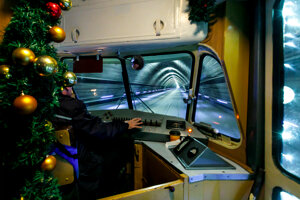 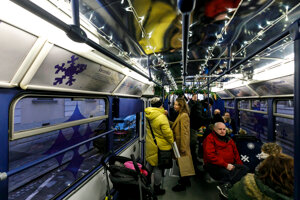 The first vehicle will be the historic tram T2 (#215). This is decorated with a traditional motif: green branches, Christmas decorations, Christmas wreaths and fairy lights.

"I am pleased that we will send out another historic vehicle that will delight not only children, but also adults," stated the Chairman of the Board of Directors of DPB, Martin Rybanský for TASR.

The second tram is the K2G articulated car (#7085). Its appearance is the creation of Slovak designers who already cooperate on the art project Biela Noc (White Night). Among other things, it is decorated with a non-traditional mirror foil with flakes referring to interpersonal relationships and diversity. 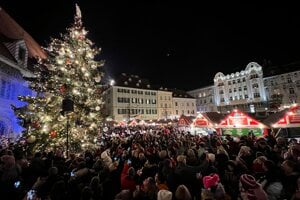