Nature enchants tourists day and night in this tower

A new attraction has emerged on the northern edge of Trenčín. Opening after three years it fulfills several functions in the relaxation zone. 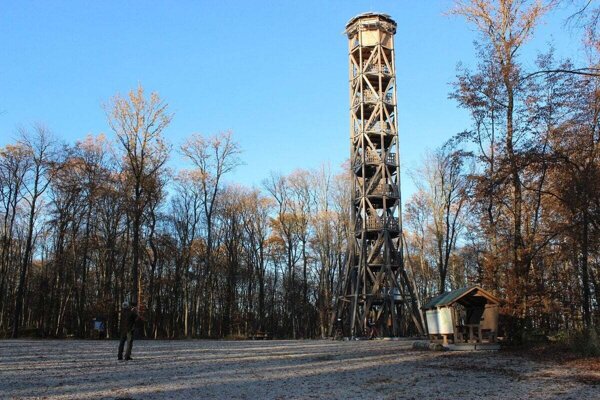 One of the highest observation towers in Slovakia has no competition in the Trenčín region. It stands at the border of Istebník and Zlatovce, from where you can see Martinské hole and Veľký Kriváň. The uniqueness of the building also lies in the technology for monitoring fires.

Several paths lead to the tower. It can only be reached on the asphalt road from the parking lot at the former gamekeeper’s lodge in Horné Orechové. A newly established buffet is located at this starting point.

This oasis of peace in nature has not yet fulfilled its potential. "In addition to refreshments, we are preparing several options for sports and relaxation. Horses are already running on the adjacent slopes, and over time they will be joined by other animals. We want to continue the tradition of the farmers, who in the past managed the fields and mined stone mud," explained investor Igor Boledovič.

The circuit starting and finishing next to the so-called mine is six kilometers long. Tourists have several reasons to take a break on the route along the ridge of the massif. They can refresh themselves from the renewed well. They have a gazebo with a fireplace at their disposal at the overlook above the forest. The educational character of the walk is given by the information boards that appeal visitors to leave the animals in peace.