Members condemn his ongoing attacks on president and LGBT+ community. 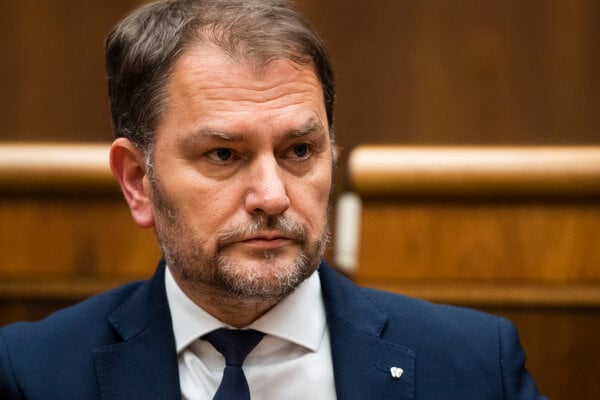 Eduard Heger and Jaroslav Naď of the OĽaNO party stressed their concerns with leader Igor Matovič. The party’s stability is at stake, both now admitting to contemplating parting with Matovič.

After Eduard Heger lost the parliament's confidence in mid-December 2022, his government fell, he and his ministers assigned as an interim government. Heger formally submitted his resignation December 16 to President Zuzana Čaputová. One week later, OĽaNO leader Igor Matovič resigned as finance minister, as part of the agreement with the now-opposition Freedom and Solidarity (SaS), which in turn supported the state budget he proposed.

Since then, the main question has been whether Slovakia is in for an early election in 2023. While the opposition insists that this is the only way out, OĽaNO has so far been opposed to the premature end of the current parliament's term, and Heger insists he can find enough support in the parliament to put together a new government. The recent political development suggests that Heger might end up parting ways with Matovič.