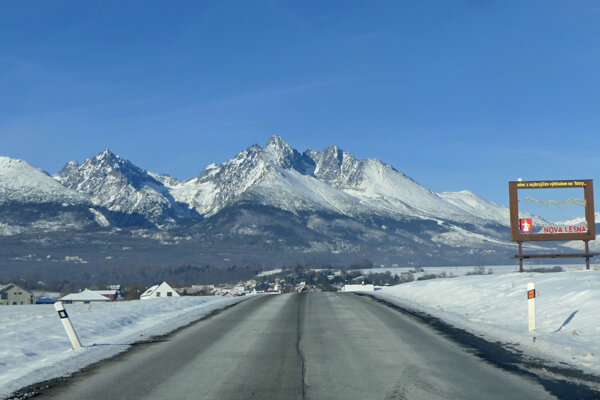 Highway authorities had a busy night in the Tatras after heavy snow falls.

Marcel Polomský, Director of the Road Administration and Maintenance of the Prešov Self-Governing Region for the Poprad area, said that while individual road sections were passable by morning, there was still a layer of compressed snow on mountain passes and at high-altitude areas where salting roads is not allowed.

He said though that this would eventually be cleared too.

Meanwhile, authorities in Stará Ľubovna are advising people to be careful when walking under trees, warning branches could break off following heavy snow overnight.

The operational officer of the Regional Directorate of the Fire and Rescue Corps in Prešov said firefighters had been called out 12 times to areas from Snina to Poprad to deal with fallen trees.

The Slovak Hydrometeorological Institute (SHMÚ) has issued warnings for heavy frosts and for icy conditions in the Banská Bystrica Region, Žilina Region and almost the entire Trenčín Region.

It also said windy conditions could be expected in the districts of Banská Bystrica, Brezno, Poprad, Liptovský Mikuláš, Námestovo, Ružomberok and Tvrdošín.

These warnings are valid until 9pm.

Meteorologists have also forecast first-degree warnings for rain in eastern Slovakia, specifically the districts of Humenné, Medzilaborce, Snina, Michalovce and Sobrance. The alert is in place until 3pm.

SHMÚ also issued severe flood warnings for parts of eastern and southern Slovakia with a third-degree alert for the areas of Trebišov - Roňava and Greater Košice- - Hornád. A second-degree warning is in place for the district of Levice-východ and Lučenec.