Referendum fails, most voters saw no point in it

Slightly over 27 percent of eligible voters turned out. 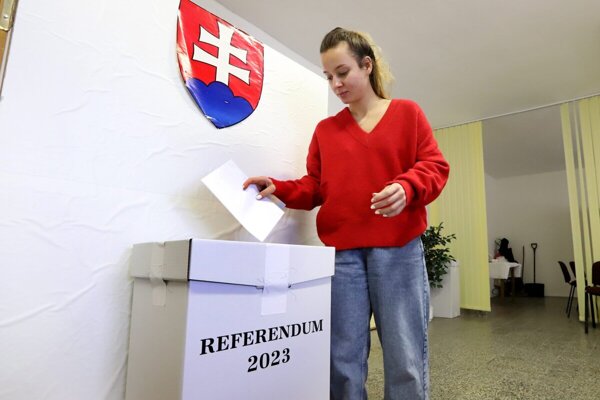 Despite the fact that almost all voters agreed with the referendum question on the possibility of shortening the election term, it still ended up to be Slovakia's eighth unsuccessful referendum. The turnout reached only 27.25 percent.

For a referendum to be successful, at least 50 percent of voters, or approximately 2.3 million people, must participate in it, while the majority of voters must circle the answer yes.

To achieve that, a very strong motive must be given to the voters, as was the case with the vote on joining the EU, says sociologist Václav Hřích, who heads the AKO polling agency. This referendum clearly did not have such a motive, he said.

"The other problem is that there was almost no campaign that would explain what it all meant," Hřích said about the referendum that the Interior Ministry estimated would cost the taxpayers €10.4 million.

In Slovak history only one referendum has exceeded the necessary 50-per cent threshold. That concerned joining the EU in 2004.

President Zuzana Čaputová said she respected the result of the referendum and the position that the citizens expressed, both by taking and by not taking part in it. She believes it is necessary for parliament to pass the constitutional amendment on early elections regardless of the referendum result. 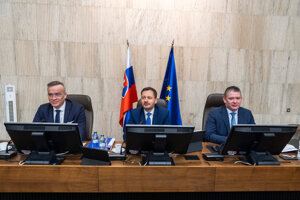 "Even if the referendum is invalid, given the current internal political crisis, it is necessary, for the deputies to adopt the amendment to the constitution on early elections in the parliament as soon as possible," she said as quoted by the TASR newswire. Last week, she reiterated that she would like to see snap elections in the first half of the year as the political crisis gripping Slovakia intensifies.

Election commissions reported a low turnout and a peaceful course throughout the day. Nevertheless, there were some interesting moments.

In Nitra, for instance, one of the voters hugged members of the commission to mark International Hugging Day. Another woman came with a 19-month-old parrot.

Snow caused problems in the village of Budiná near Lučenec, which was covered in snow on the day of the referendum. The commission chair and his deputy went around the more remote settlements belonging to the municipality on a 4x4 SUV, to bring the ballot box to the mostly elderly inhabitants.

"All of them expressed an interest in voting," said one of the members of the commission for MY Novohrad.

Most voters saw no point in it