Superstar shakes up even the subpar 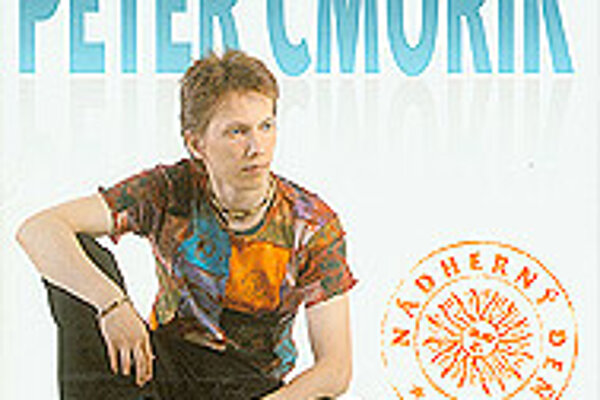 NOT LONG AGO, shopping malls and discos emptied out every Friday night as everyone from retirees to rug rats rushed home to watch Slovakia Searches for a Superstar II. The show was only in its semifinals - which included up to 50 potential superstars - when a wiry 25-year-old music teacher from Veľký Krtíš blew the competition away with a red-hot rendition of David Powter's hit tune Bad Day.

That was Peter Cmorik, a raspy-voiced multi-instrumentalist, whose musicality and style are so right-on that Pavol Habera, the Superstar jury's most scurrilous judge, proclaimed him as being "from a different planet - the planet of singers".

This September, Cmorik launches his Nádherný Deň Tour, named after his debut album, which has gone double platinum since he won Superstar. Cmorik wrote many of the lyrics and songs himself, but apparently chose not to mold it into a concept album, unless contrasting contemplations about the world and relationships is itself a concept.

Making it all come alive are a handful of world-class musicians - keyboardist Juraj Tatár, guitarists Juraj Kupec and Martin Gašpar and drummer Marcel Buntaj, most of whom jam with Slovak jazz pioneer Peter Lipa - and Cmorik's manager extraordinaire Jozef Šebo.

The first track to make an impression is the breakup song Dážď, which was originally released as a single and now has its own music video. Cmorik employs his trademark throatiness to cut through the pulsing rock beats and nails every pitch as he sails straight through the catchy pop melody. The result is effective, though rather repetitive toward the end.

Čakáme is reminiscent of songs by the Slovak band No Name. A simple melody and sparse accompaniment cushion lyrics that pose rhetorical questions like "Why don't we give what we want to give?" or "Why aren't we looking for what we want to find?" This style is an acquired taste.

Mám pocit shows symptoms of the dreaded heard-this-on-the-radio-a-million-times syndrome, but Mení sa svet, true to its name, changes everything. Its light jazz groove, colourful vocal harmonies and floating guitar solo finally provide Cmorik with the direction he needs to grab the music by the horns and let his passion lead the way.

That lightness is pretty much obliterated in Som nad vecou, a tough, macho celebration of apathy. But as one has come to expect of Cmorik, his execution of even the most mediocre material is intense and skillful.

Unfortunately, many songs go downhill from there. There is Disco, which presents itself as the first track in English but is not much more than a bunch of English words strung together. Language problems persist in Walking streets in the rain, a lyric ballad Cmorik sings with stirring melancholy and excellent English diction. But there should have been a proofreader to correct lines like "Streetlights remember (sic) me of nights and days".

The album finally reaches full blossom in its title track, Nádherný Deň. Cmorik's impassioned delivery grows, especially during the harmonically and stylistically fleshed-out middle, then pushes and pulls until it bursts through with breathy lyrics symbolic of freedom and relief.

This is Cmorik at his best, sounding deeply personal with material that shows off his exceptional natural talents.