FOLLOWING December 2 municipal elections, almost every borough of Bratislava has a new mayor with new development plans. Most are firmly opposed to residential crowding and intense development, and plan to continue work on the city's zoning system to conserve green spaces and open channels of communication with the public. Here is a breakdown of what some Bratislava boroughs mayors are planning. 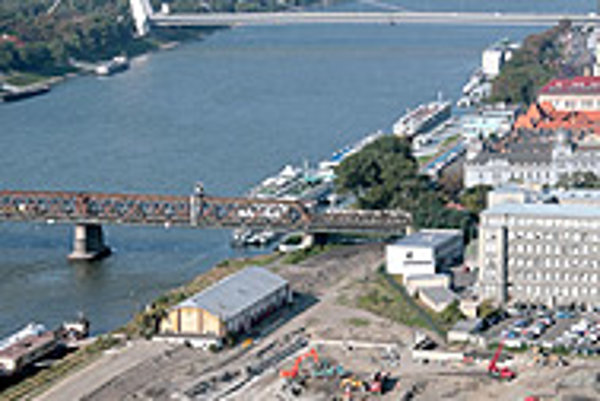 Font size:A-|A+
FOLLOWING December 2 municipal elections, almost every borough of Bratislava has a new mayor with new development plans. Most are firmly opposed to residential crowding and intense development, and plan to continue work on the city's zoning system to conserve green spaces and open channels of communication with the public. Here is a breakdown of what some Bratislava boroughs mayors are planning.

According to Staré Mesto's new mayor, architect Andrej Petrek, the biggest problem in his district is insufficient zoning documentation, which has left Staré Mesto at the mercy of investors.

"We will try to put the whole area under a detailed zoning plan that would specify what could be developed and where it would be forbidden. This documentation should be renewed every four to five years, which would help us pursue the good of the district more effectively," he said.

Petrek considers the Chalupková area near the waterfront behind the new National Theatre building to be appropriate for tall buildings.

He also wants to build flood protection and repair the promenade that runs from the PKO cultural centre to the Old Bridge. One of the more important items on his list is the renovation of the square in front of the main train station, where there are plans for a hotel, shopping centre, two administrative centres and a park.

The renovation of Kamenné Square (in front of the downtown Tesco) should begin in the summer, while construction is continuing on the River Park development under the castle, and land work has begun on the huge Eurovea docklands project.

Tall multi-functional buildings have sprung up in recent years at the expense of Ružinov's green spaces, which is why the district's new mayor, Slavomír Drozd, now considers their protection to be so important.

"As mayor, I will not support development in the centre of Ružinov or in its green spaces. There will be development, but only under certain predefined conditions," he said, adding that development must benefit both investors and current residents.

The mayor sees room for further development on the edge of the district and in its current industrial areas.

The current building trend in Nové Mesto district will continue. Newly elected Mayor Richard Frimmel plans to continue with projects already begun under the current zoning plan. Millennium Tower III will be built near the Polus City Centre, and work is continuing on the Lakeside Park administrative complex, which will be completed in 2013. The Koloseo residential complex on Tomášikova Street is almost complete.

This year, work will start on the multi-functional Slovany project, which will be constructed on the site of a former Bratislava electric plant. A project is also being planned on the site of the former Centrál swimming pool complex, but the investor is still waiting for zoning permission from the city.

When asked about development in her district, Karlova Ves' new mayor, Iveta Hanulíková, had an uncompromising answer: "Stop!"

In past years, Karlova Ves has been known for its large housing complexes, lack of parking spots and disappearing green spaces.

The most intense construction occurred in Dlhé Diely on a hill overlooking the Danube.

Hanulíková wants to make all building permits public by posting them on the town hall's website. She says that she will refuse to grant building permits to any project that might lower the standard of living for Karlova Ves residents or spoil the natural environment.

Petržalka's new mayor, Milan Ftáčnik, says "yes" to development but "no" to crowding. "My vision is one of regulated building in Petržalka that is in the public's interest," he said.

Ftáčnik wants to cooperate with NGOs and the public. His priorities include the building of sports centres, swimming pools, social centres, parks, and recreational zones to alleviate the "concrete jungle" feel in Slovakia's largest housing estate.

Unlike in the past, he wants to avoid selling property to investors unless it is known exactly what they are planning, and unless the zoning plan regulates the project sufficiently.

A park should be built between Big and Little Draždiak, while work on the Aupark Tower next to Sad Janka Krala will continue.

The Popper Development company is planning a 77-flat project in the south of Petržalka and will start construction sometime this year if granted a building permit.

There have been some major residential developments in Dúbravka in the past few years, although the area still needs more public facilities. Newly elected Mayor Ján Sandtner wants to increase transparency and discuss further expansion with specialists and the public. He also wants to script a zoning plan for the district. One of his main concerns is the almost untouched countryside surrounding the borough.

"The residential building boom is slowing down. This should be a part of the city where people can relax. We need to develop sports centres, restaurants, and cafes. One thing that we lack is a large shopping centre. We have an empty canvas here where we can plan according to people's needs. Of course it doesn't have to be densely built," he said.

Lamač's new mayor, Oľga Keltošová, wants to review the decision to build residential projects in the Starý Záhrad cottage area as well as other projects of a "maximalistic character".

"Lamač is a small district with very beautiful surrounding countryside, and it also has part of the Small Carpathian national park within its bounds. I will not support any dense development, and especially not high buildings," she said.

Keltošová appreciates the interest of investors, but insists that they must act with the interests of residents in mind. "I would like to avoid making any hasty decisions without the input of the public," she said.

Mayor Ján Zvonár hopes to turn his district from a neglected afterthought on the perimeter of the city to an independent borough of Bratislava. His two main priorities are protecting the natural environment and scripting an official zoning plan.

Plans are underway for new flats on Kadnárova Street as well as for the renovation of Radničné Square, which should become the new centre of Rača.

Zvonár supports the construction of new retail complexes as well as better public transportation and roads.

Last year there were huge protests when plans were announced for a residential housing development for more than 1,000 residents in Devín's Záhradka locality, which borders on protected forest.

Regarding the villa project, Kolková said the investor had abused the absence of a zoning plan, something she wants to prevent in future.

"New buildings should respect Devín's historical nature and its cultural and natural value," she said.

The mayor also wants to support the reconstruction of existing buildings and the town's historic centre.