THE FICO government came to power last June vowing to halt privatization, but now seems about to break that promise with planned sales of state shares in Poštová Banka and state assets in two bus transport firms. 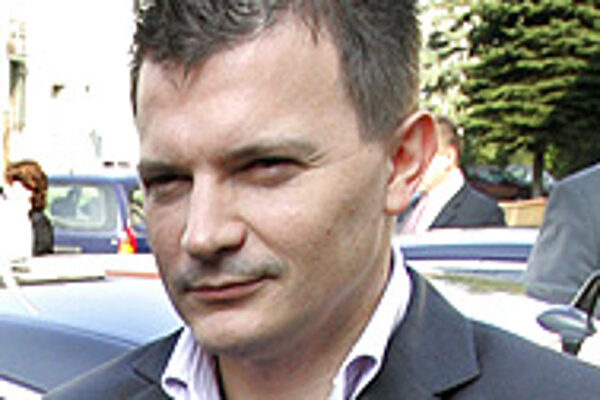 Font size:A-|A+
THE FICO government came to power last June vowing to halt privatization, but now seems about to break that promise with planned sales of state shares in Poštová Banka and state assets in two bus transport firms.

Poštová Banka, the smallest Slovak bank, is majority owned by the Istrokapitál financial group, which has a 55-percent stake. A 37-percent state is owned by the government debt agency, Slovenská Konsolidačná (SKo); SKo is an almost entirely passive shareholder, and according to the bank's director, Tomáš Salomon, its stake should be sold because the state is not an effective owner of a financial institution.

SKo has tried to get rid of its stake in Poštová Banka in the past through a public tender, but failed because the stake did not come with managerial control. According to Finance Minister Ján Počiatek, "our minority stake does not give us even the right to provide the interested parties a sufficient ammount of documentation to carry out an effective due dilligence". Istrokapitál, meanwhile, has long been trying to acquire the stake.

The sale of the stake to Istrokapitál was approved by SKo and Istrokapitál as the majority shareholder in Poštová Banka on February 15 this year. The agreement calls for the bank itself to buy the SKo shares, and then for Istrokapitál to raise Poštová Banka's share capital by the same amount.

The Smer party, which controls the Finance Ministry, says that the planned sale is not a privatization sale. Silvia Glendová, spokeswoman for Prime Minister Robert Fico, said that the cabinet's resolution last year imposing a ban on privatization sales related only to the sale of property owned by the state or the state privatization agency, the National Property Fund.

The sale of the SKo shares was not a privatization sale, according to this logic, because "the state does not own the property of Slovenská Konsolidačná, but only 100 percent of its shares," Glendová said.

"Privatization is a process in which state property becomes private property. In this case, the state, through Slovenská Konsolidačná, wants to sell the stake it owns in Poštová Banka to a private entity. There is no doubt this is a privatization sale," Marušinec told The Slovak Spectator.

Smer's partners in the coalition - the Movement for a Democratic Slovakia (HZDS) and the Slovak National Party (SNS) - have said they were not informed of the planned sale.

"Nobody discussed it with us. If it is in breach of the coalition agreement, we will ask for an explanation," said HZDS vice-chairman Milan Urbáni for the Pravda daily.

Marušinec added that the sale of the SKo stake was not in itself a bad thing, but that the government should have chosen the tender method.

"The sale of the Poštová Banka shares is positive, but not the form of privatization that the Slovak government has chosen," he said.

According to the analyst, a transparent sale through an international tender with the selection criteria set in advance would have been preferable.

So are there other cases like this in the pipeline?

On February 28, the Slovak press reported that the government was preparing a hidden privatization of the SAD Trenčín and SAD Žilina bus companies through its nominees in the National Property Fund (FNM) executive committee.

The day before, the FNM executive had supported a plan to transfer all real estate owned by these companies, worth hundreds of millions of crowns, to the SIRS Development firm, a subsidiary of the SIRS company that currently owns majority stakes in the bus firms (the state owns just over 40 percent in each).

SIRS is headed by George Trabelssie, a business associate of Ján Slota, the chairman of the ruling coalition Slovak National Party (SNS). Meanwhile, the head of the FNM is Peter Šimko, who was appointed to his post by the SNS.

The FNM presidium was to review the planned transfer before it went before an extraordinary shareholders' meeting at the bus companies on March 5.

"They [the Smer-led government] gave this spectacular pledge to halt privatization, but I think we will see privatization sales continue to happen," said political analyst Grigorij Mesežnikov for The Slovak Spectator.

"However, I don't think there will be many such cases. Privatization will probably only happen in cases where voters will not get the feeling that a pre-election pledge that was given to them is being broken."

The Finance Ministry said the Istrokapitál sale represented the end of a long and unproductive sale process.

"The settlement process of the Poštová Banka shares has been underway for several years now," said Finance Ministry spokesman Miroslav Šmál. "An international tender was announced in 2001, but in the end, there was no serious interest in the shares because they did not come with management control."

According to Šmál, the Finance Ministry approved the sale also because the bank needs to increase its basic capital, but the state does not have the resources to participate.