DOWN THE NARROW, MEDIEVAL streets that once held the bookstores and synagogues that made up Bratislava's vibrant Jewish quarter is a new gallery that's revitalizing the neighborhood through contemporary art. 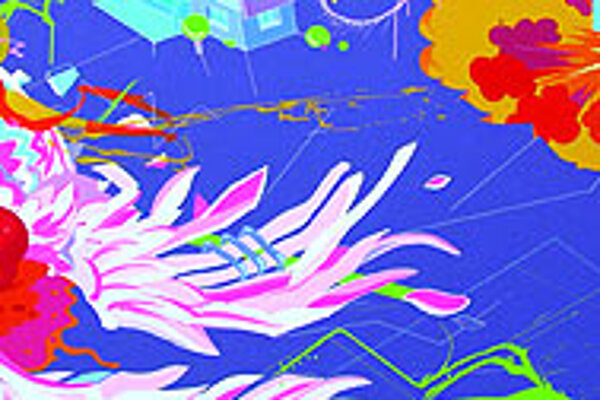 Font size:A-|A+0
DOWN THE NARROW, MEDIEVAL streets that once held the bookstores and synagogues that made up Bratislava's vibrant Jewish quarter is a new gallery that's revitalizing the neighborhood through contemporary art.

The Bastart Gallery on Štetinova Street opened last September, with Petra Feriancová, a Slovak artist educated in Rome, as its curator. Her partners are Pavol Vajs, a member of the board of trustees at the Academy of Fine Arts and Design in Bratislava, and his wife, Zuzana.

"I live in one of the apartments above the gallery and always wanted an arts space of my own," Feriancová said. "All I needed was partners, and I found them."

Bastart is the newest private gallery in Slovakia, where the vast majority of artistic institutions still depend on government funding, forcing them to drain a large portion of their precious resources pursuing grants.

The private support Feriancová receives enables her to focus single-mindedly on her goal of promoting the careers and work of cutting edge contemporary artists.

"I want them to be accepted within the artistic community," she said, "which, to me, means seeing their work bought and shown in other galleries and museums."

A visit to the Bastart Gallery is not exactly like strolling through the Louvre. Upon my arrival, Feriancová wasted no time introducing herself or the gallery but immediately began leading me through its sparsely decorated rooms, where, in one section, thought-provoking projections and video art were splashed across every inch of available space and, in another, a sound mixture filled each corner with the piercing screech of a passing tram.

At the time, the gallery was in the middle of a politically themed exhibit.

Some of the pieces were as simple as political statements written across the ceiling, which meant you had to look all around to get the room's full effect.

Another was a cardboard cut-out of Venezuelan President Hugo Chavez and Slovak Prime Minister Robert Fico kissing. A third was video art entitled An Accurate Assessment (správny odhad) by Mario Chromý that used a technique evocative of the German film Run Lola Run to add perspective to the world around us. And another was a video projection by Czech artist Jan Nálevka entitled All Together Now, which shows white numbers counting down against a red background.

"All the numbers are the actual prices of items at Tesco," Feriancová explained. "I'm taking this exhibit to the Vienna Fair on April 26."

But as well as being in charge of one of the few private galleries in the country, Feriancová is charting new territory as an art dealer who represents more than 25 acclaimed artists from across central and western Europe.

"This gallery is really the first [in Slovakia] to offer the complete package," Ben Pascoe, a friend who runs the Next Apache bookstore and coffee house on nearby Panenská Street, told The Slovak Spectator. "Petra advises artists on where to exhibit their art, how much to sell it for so they don't lose credibility, and how to get it sold in the first place."

One of the artists Feriancová represents is Roxy Walsh, a contemporary artist from Northern Ireland, whose solo exhibitions have been displayed across the UK and in New York.

"I'm so impressed with Petra's energy and liveliness," Walsh told The Slovak Spectator. "One of the first times I met her, she took me on a tour of the National Gallery in London, and opened my eyes to a whole new perspective I hadn't seen before. It's quite thrilling when someone can do that in a place you know so well."

The Bastart Gallery's next event is a double exhibition featuring the works of Czech artist Jana Kalinová and Slovak artist Erik Šille. It opens on March 20 at 18:00 and runs until April 17.

"This will be really exciting because Šille is from the new generation of young, great Slovak artists who studied [at the Academy of Fine Arts and Design] under Professor Ivan Csudai," Feriancová said.