A GALA CONCERT featuring stars of the Slovak opera scene will ceremonially open the new home of the Slovak National Theatre (SND) on the Danube embankment on April 14. 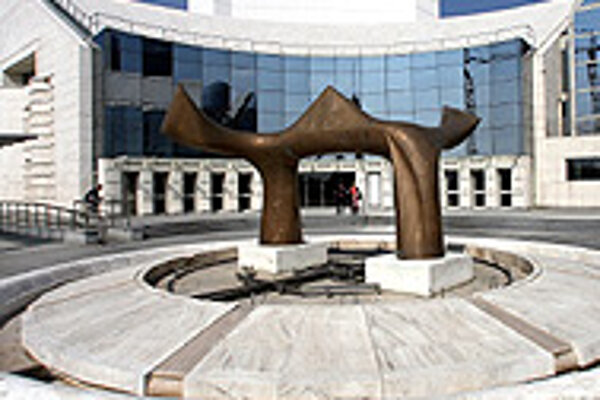 Font size:A-|A+
A GALA CONCERT featuring stars of the Slovak opera scene will ceremonially open the new home of the Slovak National Theatre (SND) on the Danube embankment on April 14.

Originally, the Slovak national opera Krútňava (Whirlpool) by Eugen Suchoň, directed by Juraj Jakubisko, was to open the new premises. But after Teatro alla Scalla in Milan refused to allow tenor Miroslav Dvorský to miss some rehearsals there in order to sing the lead in the opera, the SND postponed the premiere of Krútňava to May 20.

The soloists, chorus, and orchestra of the SND will perform works by Berdřich Smetana, Antonín Dvořák, Eugen Suchoň, Mozart and other composers under the baton of chief conductor Rastislav Štúr. Slovak Television and Slovak Radio will broadcast live from the new building.

On April 15, the drama ensemble of the SND will perform Tančiareň (The Ball) in the new premises.

SND general director Silvia Hroncová told the SITA news wire that even though the building was approved for use at the end of January, the first technology tests started only in late February due to delivery delays.

Construction of the new building, which lasted an unbelievable 22 years, cost upwards of Sk4.6 billion (€137.3 million).

Due to the length of construction, some technologies initially incorporated into the building became obsolete and had to be replaced.