A LITTLE-KNOWN company called Real Estate Assets has announced plans to develop the former Corgoň brewery in Nitra.
The company announced on July 10 that it plans to invest Sk3 billion (€90 million) to develop the land in the regional capital, the Sme daily wrote. 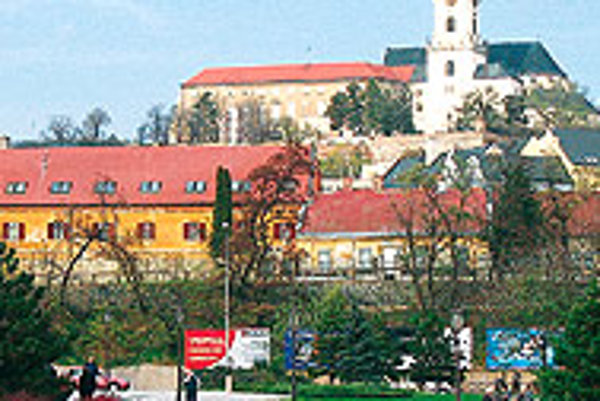 The company announced on July 10 that it plans to invest Sk3 billion (€90 million) to develop the land in the regional capital, the Sme daily wrote.

The project, called Nová Nitra, is to be developed by WBA Property Development next to the city centre on an area of almost five hectares. It will include a conference centre and hotel, blocks of flats and recreation facilities.

"Being almost in the city centre - a site of monuments - we have given careful consideration to preserving the areas of historic and architectural value that make up the natural landmarks of Nitra," said Daniel Gálik, the real estate assets manager for Nová Nitra. "By contrasting historic and modern architecture, we will create an attractive environment."

Nitra officials are now in talks to approve the master zoning plan for Nitra's downtown, which will extend directly to Nová Nitra.

"Negotiations about the lease were underway for a long time," he said. "I am happy they were successful."

The cars were used by officers at the regional and district directorates in the Nitra Region, he said.

According to Štark, the current car fleet needs an overhaul.

"We spend a lot of money repairing older cars, which could be spent more effectively," he added.

The Interior Ministry has already pledged to offer 50 Volkswagen Golf and Kia Cee'd cars to the Nitra Region. But even with that, police in Nitra will have about 20 to 30 fewer cars than they need.

Apart from three cars for the Nitra Police, Peugeot supplied seven cars for the Interior Ministry. Police in Trnava were also supposed to get cars recently, the Pravda daily wrote.

"We chose Trnava and Nitra because the road between these two towns is a testing stage on which we test prototypes of our cars," Matúš Paľa of Peugeot Slovakia said.

A NEW grant programme in Nitra aims to improve the quality of life for people living in housing estates.

The Nitra Community Foundation announced the programme as part of the second year of a community outreach project.

The goal of the programme is to help make life in housing estates more vibrant and pleasant, and to get people living there to become more active, the Subvence.cz news website wrote.

Grants will be awarded to projects that include a wide variety of activities, including improving the environment, building community centres, introducing cultural events, and constructing new and renovating old recreation areas.

The maximum amount for the grants is Sk50,000 (€1,485), and organisations and informal groups of citizens can apply for them. The deadline for applications is September 3.

THE NITRA Self-governing Region is suing OTP Banka Slovensko for Sk70 million (€2.1 million) it says the bank released from its account last year.

Most of the money, Sk65 million (€1.9 million), was a fine paid to the Gap Real company after the region did not buy a building which the company built for it.

The other Sk5 million (€148,500) was left in the bank for a mortgage worth Sk270 million (€8 million). The mortgage has not been carried out, the Pravda daily reported.

"We consider the activities of the bank, which blocked our money for more than 10 days and released Sk70 million from our accounts for fines, to be illegal," said the head of the Nitra Region office, Ľudovít Šajgal. "I am sure that the court will find we were right and the bank will have to return the money."

The dispute has been continuing since the previous election term, when the county council was controlled by the Hungarian Coalition Party (SMK), which insisted that Gap Real build the new county office. But the head of the county, Milan Belica of the Movement for a Democratic Slovakia (HZDS) party, always vetoed their efforts.

When the SMK politicians did not have the power to overrule his veto, the disputed contract was signed by the vice-chairman of the Nitra Region, Miklós Fehér, allegedly in Belica's absence.

Belica claims Fehér had no legal right to do so; but because Belica was not in the office at the time, Fehér claims the opposite.

OTP Banka Slovensko considered the contract signed by Fehér to be legal, so it withdrew the money for the fine for breaking the contract.

According to the head of the regional office, this dispute is not all that complicated.

"The question is whether the former vice-chairman was allowed to sign contracts in the name of the chairman or not," Šajgal said. "If the court says he was not, we are right. This will also be a precedent for other regions."

However, the bank representatives said they are sure the documents signed by Fehér are valid.

"OTP Banka Slovensko believes that in connection with the Nitra Region, our company has not broken any legal or contractual duties," said an official statement from the bank. "The bank has just exercised its rights, resulting from the legally-signed contract."

Some regional politicians admitted unofficially that for the self-governing region and its office, it would be better to move into a new building than to pay millions of crowns of fines and go through endless trials. But they also said that political conditions did not allow such a solution.

Gap Real has already sold the completed building to another private company, giving it additional money apart from the Sk65 million fine. The new owner rents the rooms to private companies.

€60 million investment on its way to Zlaté Moravce

THE DANFOSS Compressors company is preparing to pour €60 million (Sk2 billion) into expanding its operations in Zlaté Moravce.

The company opened its production plant, which makes compressors for refrigerators and freezers, in September 2002. It invested €25 million (Sk842.4 million) into reconstructing the facility and the technologies of the former Calex company.

In total, the company has invested €80 million (Sk2.7 billion) since it arrived in Zlaté Moravce. The next big investment worth €60 million is to be made by the end of next year. A new production area in the plant will be used to make more compressors, the TASR newswire wrote.

The expansion of production will be connected to an increase in employment. At the start of this year, 1,000 people worked in the plant. By the end of this year, there will be 1,300 employees.

According to company general manager Rafael Kogej, the company is not having any problems filling vacancies with people from the region. Their wage is slightly higher than the regional average.

Danfoss Compressors plans to have a pre-tax profit of €6 million (Sk200.7 million) this year. That's €4 million more than last year.

This year's expected volume of production, €135 million (Sk4.5 billion), amounts to a year-over-year growth of €41 million (Sk1.4 billion). All of the manufactured goods are meant for export.

Kogej said he thinks the sales and profit increase was a result of moving production from Germany to Slovakia. The move will be completed by the end of this year.

Danfoss Compressors is a part of the Danish company, Danfoss AS. The company has production centres in 40 countries worldwide, employing 20,000 people. The total annual turnover of the company is €8 billion (Sk269.5 billion).

ARTISTS and restorers are giving a chapel at Nitra Castle an extensive facelift.

The work at the Episcopal Cathedral Chapel of St. Emeram's Basilica will restore and repair artistic decorations.

The project was launched after an investigation by a team led by academic artist Vladimír Plekanec last year, the TASR newswire reported.

"The cathedral decorations are in a critical state," Plekanec said. "Practically all the works of art are damaged to a certain extent. This is the result of repeated destructions, construction and plumbing works, changes in the cathedral and climatic conditions.

"Precious works of art can be restored. However, if we did not start with the restoration immediately, it could be that the decorations of this unique monument could disappear after some time."

The last major repairs to the art in the historic cathedral were made before the Pribina celebrations in 1933 and after the Second World War.

The restorers have started by repairing the upper nave of the church and the main altar. These repairs will take about 12 months.

Then restorations will continue on the lower nave. The work is scheduled to be done by 2013, when the church celebrates the 1,150th anniversary of the arrival of Saints Cyril and Methodius in Slovakia.

"Currently, we are cleaning the frescoes and the main altar of the church," said restorer Peter Koreň. "When they are cleaned of the layers of dust and dirt, we repair them with putty. Also, the past interventions and repairs have to be re-evaluated, removed or repaired.

"The statues on the altar are also interesting, because they were created with different materials. Their bodies are made of stone, and there were details made later with plaster, or even with wood. For them, the repairs will be enormously difficult."

The final cost of the repairs has not been determined. The amount will depend on how damaged the paintings are, any findings of hidden damages, the extent of the restoration works, and so on.

The church will foot most of the bill for the restorations. It is also trying to get funding from EU funds, the municipality and possible sponsors.

Agriculture fair is back

THE 34TH annual Agrokomplex agriculture and food fair kicked off on August 16.

More than 590 companies from Slovakia, the Czech Republic, Hungary, and as far away as Japan and Canada are taking part, the Nitrianske Noviny wrote.

One new feature is a national exhibition of gladiolus flowers, which presents more than 400 species of the flower.

The Agrokomplex fair lasts until August 20.