A group of 30 activists wearing T-shirts bearing the slogan Association for Democracy and Common Sense poured out of a bus last autumn in front of the Office of Government in Bratislava and forced 150 chickens over and through a fence onto the government lawn. Thirteen of the birds died.
The group's leader: Tibor Papp, professor of political science at Columbia University in the US.
The protest was the most brash and bizarre political play so far by a man who since returning home to Slovakia in 1998 has dabbled in politics, education, industry and IT development. 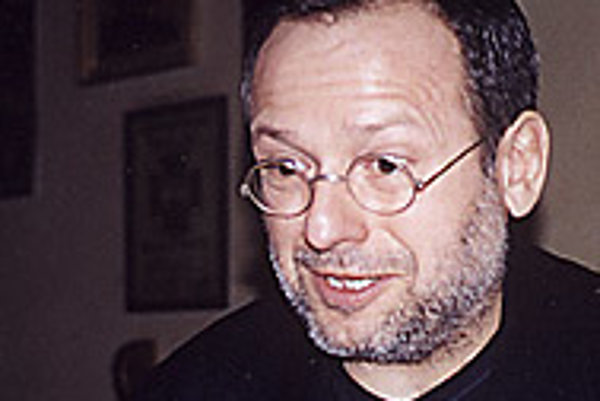 Font size:A-|A+0
A group of 30 activists wearing T-shirts bearing the slogan Association for Democracy and Common Sense poured out of a bus last autumn in front of the Office of Government in Bratislava and forced 150 chickens over and through a fence onto the government lawn. Thirteen of the birds died.

The group's leader: Tibor Papp, professor of political science at Columbia University in the US.

The protest was the most brash and bizarre political play so far by a man who since returning home to Slovakia in 1998 has dabbled in politics, education, industry and IT development.

Outraged that in its plans to reform public administration the government had selected Rimavská Sobota - a small city in southern Slovakia Papp calls the country's most backward - as the centre of a new administrative region, Papp and his cohorts were hoping a stunt would raise awareness.

"The reform, like everything else here, was corrupt," says Papp. "The local oligarch in Rimavská Sobota was owed a favour. We wrote letters and held petition drives, but no one listened. We had to get the attention of the media."

Beyond his unorthodox political engagement, Papp is best known as co-founder of Infovek, a non-profit project that aims to remedy the dismal state of IT education in Slovak schools.

Since 1998, Infovek has connected 250 of Slovakia's 3,300 elementary and high schools to the Internet; it plans to connect 600 more this year. The project had been discussed since 1994, but those involved say that it took off only after Papp became involved.

"He was the key element," says Infovek co-founder Peter Sýkora. "If it weren't for his dynamism, optimism and vitality, I would have just kept writing and talking. He brought the American approach of, 'Let's not just think about it, let's do it.'"

Papp had travelled back to Slovakia often after the Velvet Revolution in 1989, but wasn't active here professionally until the Social Democratic Left party (SDĽ) asked him to help with their parliamentary election campaign in 1998.

His success (the SDĽ scored its best-ever result of 14.7% and became part of the coalition that displaced the controversial government of Prime Minister Vladimír Mečiar) and new political ties convinced him to look for other opportunities.

"I realised there was a lot of work to be done here," says Papp. "In the US, I was one of many professors writing and attending conferences. Here I have a real impact."

Papp now sits on the board of directors of three Slovak firms, is pushing for the development of an industrial park in his native Lučenec, and runs Partnerships for Prosperity, an NGO that brokers business, political and academic interests. He has also stayed on as an advisor to SDĽ chairman Jozef Migaš, who chuckled at his chicken-throwing demonstration.

Others weren't so amused. Animal rights groups were appalled by the number of chickens injured or killed during the protest; political observers dismissed the gesture as ridiculous. But Papp insists he accomplished his goal.

"This [public administration reform] is one of the most significant reforms in the country's history, and no one was talking about it. Our protest sparked discussion in places such as Poprad and Spisšká Nová Ves, and it now appears that Rimavská Sobota will not be the centre of the district. Because of what we did, the process has become more transparent."

Vision for the future

Hladovka is a small village on the Slovak polish border with less than 1,000 inhabitants. In Papp's words, "It was a place where people had never seen a typewriter before." Last year, Hladovka's school was one of nine 'virgin' schools to receive a connection to the Internet by Infovek.

"Our town doesn't even have a news stand, but now we're connected to the web," said school IT co-ordinator Miroslav Jurči. "Our only source of information used to be television."

Hladovka school has a web page and offers night classes in using Microsoft's Word programme and the Internet for adults, many of whom are unemployed. Americans with Slovak roots recently located long-lost relatives in Hladovka; the families now send e-mails weekly.

"This [bringing IT to small towns] is exactly what we need. Computers are transforming places in Slovakia that used to be in the dark ages," says Papp. "We have highly skilled individuals in Slovakia - students that win programming contests abroad - but they leave because there is no background to facilitate work."

Building an economy based on the ripening IT intellect of the next generation of Slovak students is a vision that guides Papp in his work at Infovek and in his private activities (one company he is involved with, ESET, produces what he claims is the best anti-virus software in the world). But in his NGO and in his role as political advisor, he also stresses that Slovakia's manufacturing and tourism industries must continue to be developed.

"The country needs to survive while the first generation of Slovaks become fluent in IT," he explains. "Most intellectuals in the former Eastern Bloc have the philosophy of 19th century capitalists. But attention needs to be paid to social needs as these countries move through transitions."

For many years, Papp, who is 43, thought he would never see Slovakia again. Expelled from school after signing the dissident manifesto Charter 77 ("Some Czechs came to Bratislava and convinced us to sign it. I was a dissident for a day," says Papp), he worked as an auto mechanic for seven years while collecting the 16 signatures needed to travel abroad. In 1984, he left for Yugoslavia, where he took a plane to Munich. Two years later he moved to the US.

"It [leaving] was the only possibility for a person if he wanted to grow to his potential," says Papp, who gradually climbed the American academic ranks. There is no anger in his voice now when he discusses the political forces that determined his fate. Nor has his return been guided by emotion.

"I don't feel strong ties to Slovakia," says Papp, who can speak seven languages. "I tend to see things [politics, nationality] scientifically. I like the challenge of changing things here."

Analysts say that having people such as Papp back in Slovakia is crucial for the country's future. "It is very important that well educated professionals use their skills and abilities to develop Slovakia," said Grigorij Mesežnikov, director of the Institute for Public Affairs (IVO) think tank in Bratislava. "Infovek is an extremely important programme."

Mesežnikov added, however, that it was hard to judge Papp's overall role in Slovakia. "I have read some detailed and interesting studies by him. But it's hard to gauge his influence because he is not visible in public."

Papp says he prefers it that way. The man who quit teaching at Columbia to work in Slovakia now spends 70% of his time back home, and says he is so busy that he sleeps only four hours a night. He is planning soon to publish a collection of poems (in Slovak and English) and a book on ethnic conflict; but \entering public life is where he draws the line.

"I like calling both Slovakia and the States my home, and I wouldn't want to give up my privacy," says Papp, who turned down a lucrative offer in 1998 to work at the United Nations for Slovakia. "Besides, if I entered political life, I wouldn't be able to throw chickens."