IMPROPER legal regulation of street prostitution in Slovakia puts both prostitutes and inhabitants of areas where they work at risk - and the authorities seem to be doing little to improve the situation, say experts and Bratislava residents. 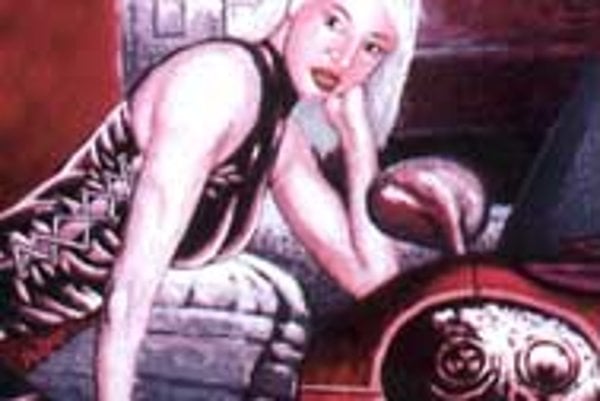 Although not a crime under the current penal code, prostitution cannot officially be carried out as a profession, because any commercial activity performed in Slovakia must, under the trades law, comply with accepted standards of morality.

Thus, prostitution falls into a grey area outside the law, unregulated and unrestricted, leading to a host of connected problems, including drug abuse and violence.

Out on the street, no such official registration can take place, leading many to call for a new law to protect street prostitutes.

"I think a law should be approved that takes into account the fact that this type of a profession exists and we can not hide from it," said Anna Tesárová, 60, a retired elementary school teacher who lives in Vajnorská, one of Bratislava's most infamous streets.

"It would be ideal to bring this activity under supervision by doing regular health checks, having separate premises intended for these purposes, and by designating a separate street for soliciting, as they have in Amsterdam, for example," Tesárová said.

At present, some of the Bratislava streets best known for prostitution, such as Vajnorská and Krížna, are in residential areas.

City police say they have no information about the number of prostitutes working the capital's streets, and as prostitution is not officially against the law, they are concerned only with crimes related to the business, rather than the business itself.

"Prostitution is not illegal, but some forms of behaviour that are often connected with it are criminal offences. These include pimping, drug distribution, and theft," said Jana Pôbišová from the Interior Ministry's press department.

She added that the police are sometimes involved in preventative activities, "in cooperation with other state institutions and third-sector organisations."

The lack of legislation governing prostitution in Slovakia has led to local authorities in some parts of the country taking matters into their own hands and punishing prostitutes caught in the act.

"The issue is not regulated properly by law. On the one hand, prostitution is in no way legally restricted; on the other hand, municipalities are allowed to penalise prostitutes," said Katarína Jirešová, head of the NGO Odyseus.

Although prostitution is not forbidden by law, municipalities are free to widen the scope of what is sanctioned as a misdemeanour on their territory. Some have adapted ordinances that make it illegal to offer or provide sexual services in public places. The maximum possible fine is Sk1,000 (€24).

But the risk of being fined is only one of the hazards women face working on the streets of Slovakia.

"These two threats, along with a loss of anonymity, make it much worse to work the streets than to work in brothels. Plus, street walking is lower in the hierarchy of prostitution. In Slovakia, no decent working conditions have been created for street prostitution as yet," she said.

"Prostitutes often become victims of crimes, including bodily harm and theft. In general, they are mainly violent crimes, drug-related crimes, or crimes against property. But prostitutes are often also the perpetrators of these crimes," said Pôbišová.

And while prostitutes face various dangers in their line of work, the residents living in red-light districts also complain of a number of problems related to prostitution.

"There are many ways in which we feel the presence of prostitutes. At night they disturb us by yelling. They throw garbage around and urinate. They often damage entrances and enter residential homes. People are afraid of pimps, who loiter in bushes or in other places and are often very rude when approached," said Tesárová.

Many of the inconveniences suffered by local inhabitants are related to how the prostitutes go about their business.

"Prostitutes provide sexual services right under our windows, in lit cars. They often throw away used condoms in the street," said Tesárová.

These are recent problems for residents, because before the fall of communism, prostitution was never practised openly on the streets.

"This situation has been around for about eight years now. Before that, we never encountered anything like this in our neighbourhood," said Tesárová.

Although residents and prostitution experts agree that legislation needs to be created to regulate sex workers, the state has indicated that such a move is a long way off.

"The Interior Ministry is currently not planning any changes in the legal regulation of prostitution. It is included neither in the governmental manifesto, nor in the timetable of the government's legislative tasks," said Pôbišová.

With the government turning a blind eye to the oldest profession and the various problems it causes, it is up to NGOs, working with people in the field, to help both the prostitutes and the local residents.

One of these organisations is Odyseus, which has run an outreach programme for prostitutes and drug users in the streets of Bratislava for several years, focusing on health education, social and legal issues, and the provision of materials such as condoms and clean syringes for prostitutes who are also drug users.

"I appreciate the efforts of NGO workers and volunteers, because they are doing their very best to protect the health of not only prostitutes, but all of us. Competent decision makers, such as politicians and health workers, do not realise - or do not want to realise - how important that work is," said Tesárová.

But activists say there are too few such organisations working in Slovakia.

"There are currently only two organizations in the country that work with sex workers. Both of these operate in the Slovak capital, which is insufficient," said Jirešová.

And the two NGOs that do this type of work say that conditions are almost impossible.

"The main problem Odyseus encounters is a lack of state support, which prevents us from paying the outreach workers, even though it is a hazardous and highly professional work. We're unable to get the premises and equipment we need," said Jirešová.

Besides taking care of some of the prostitutes' basic needs, Odyseus workers try to help sex workers get in contact with organisations such as clinics that can help them lead a normal life.

"It is important to mention that the people with whom we work often find themselves outside the existing social system and are not in touch with institutions that are intended to help them. The very nature of these institutions often makes it difficult for people working in the sex business to access them. This is made even worse by the condemning attitude of many state workers," said Jirešová.

According to Jirešová, this behaviour reflects the opinions of society as a whole.

"This society is very judgmental and has a stigmatising approach to prostitutes. It should learn to have a more realistic attitude towards prostitution and see it as a job," she said.

In her view, the time is ripe for sex workers to mobilise, and push for a law that would put them on the same footing as any other professionals.

"Prostitutes should try to form their own organisation, something like a guild or a trade union, which would defend the rights of people working in the sex business and try to get favourable legislation passed," said Jirešová.