OVER 300 pictures by 160 photographers from 36 states comprise the 37th annual international competition of art photography, Fotoforum, now showing at the Liptovské Museum in the northern Slovak town of Ružomberok. 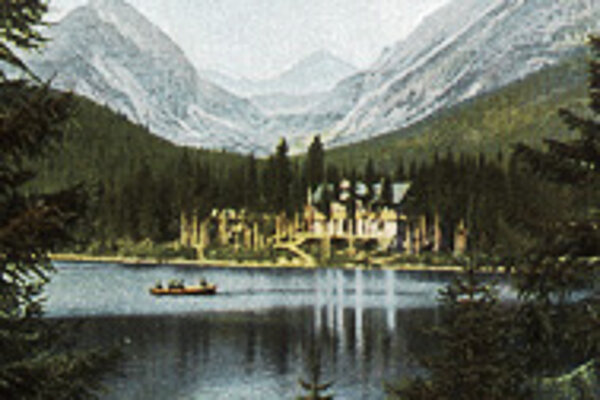 THE IDYLLIC setting of Štrbské pleso lake, in the High Tatras, has attracted visitors for years. Look at any Slovak calendar and you are guaranteed to find a view as romantic as the picture on this postcard from 1900. But the area has not always enjoyed peaceful times.

When serfdom was abolished by the Hungarian monarchy in 1848, the mountainous area around Štrbské pleso was given to the local peasants. So incensed were the Štrba locals with the hostile and infertile land, they threatened to drain the lake and reclaim the meadow for pasture.

What began as a hunting lodge for passing travellers in 1872 soon became, at 1,355 metres above sea level, the highest spa resort in the former Hungarian empire. Today, the municipality of Štrbské Pleso is a clamour of bars, restaurants and accommodation blocks, which continues to draw tourists to admire the tranquillity of the lake, and the breathtaking surroundings of the High Tatra mountains.

Prepared by Branislav Chovan, Special to the Spectator