To the manor born

THE MANOR house in Dolná Krupá, situated some 10 kilometres from Trnava, is a unique piece of Slovak architecture. It has been administered by the Slovak National Museum, Music Museum, since 2003.
The museum has installed an exhibition dedicated to Ludwig van Beethoven in the baroque garden house, and occasionally holds concerts, seminars and workshops there. 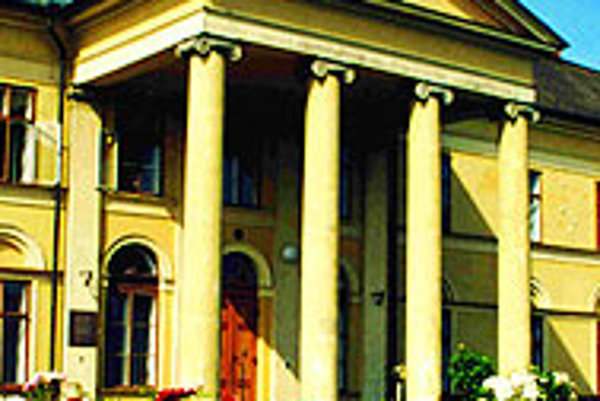 Font size:A-|A+0
THE MANOR house in Dolná Krupá, situated some 10 kilometres from Trnava, is a unique piece of Slovak architecture. It has been administered by the Slovak National Museum, Music Museum, since 2003.

The museum has installed an exhibition dedicated to Ludwig van Beethoven in the baroque garden house, and occasionally holds concerts, seminars and workshops there. A depository of musical instruments is located at the building of the former orangery.

Anton I Brunsvik (1709-1780) built the baroque manor house between 1749 and 1754, according to a design of imperial court architect Giovanni Battista Martinelli. The result was a single-storey building with a cambered risalite in the middle and two wings on each side. Today, only the central hall and the underground Prussian vaults remain from this design.

After Anton's death, his son Jozef Brunsvik (1750-1827) inherited the mansion. His noble manners and high-level education led to a great career, which even exceeded his father's. As a follower of the Enlightenment reform movement he supported progressive economic theories, and in Dolná Krupá he founded a distillery and brickworks factory.

Thirty-nine years after it was built Jozef Brunsvik decided to rebuild the mansion, following the instructions of the then famous architect Ján Jozef Talherr. The reconstruction took place between 1793 and 1798. The result was a manor house in baroque-classicist style - expanding the original Martinelli design with side risalites, adding a richly irregular mansard roof, and a staircase and balcony also underwent alternations. The fresco decoration of the central hall has been preserved.

The house underwent its third rebuilding from 1821 to 1822, towards the end of Jozef Brunsvick's life. This time he chose an ambitious young architect, Anton P Rigel, from Rome. The result of the partnership between the enlightened nobleman and the creative young architect was a house that still amazes visitors today.

Rigel focused on achieving purity in style. He built porticos into the monolithic front, making the overall impression lighter. On the garden side, the wide stairs with tympanum supported by four thin columns replaced the original balcony. Rigel completely changed the roof and added another storey.

Along with the rebuilding of the manor house, a large English park, designed by Henry Nebbien, was created. Additionally, a theatre with museum, library and orangery were built. Rigel was very proud of his work. "In all of Hungary there is no other manor house and park of such extraordinary taste and beauty," he declared.

Despite several decades of neglect after 1945, the self-confidence and wealth of its proprietors are still evident.