THE OPPOSITION Smer party, which leads public opinion polls with 30 percent of the popular vote, would revise the cabinet's reforms if it became a major force in government.
The national elections are still one and half years away. Still, left-wing Smer already outlined the revisions it would make to existing economic and social reforms if it gains power. 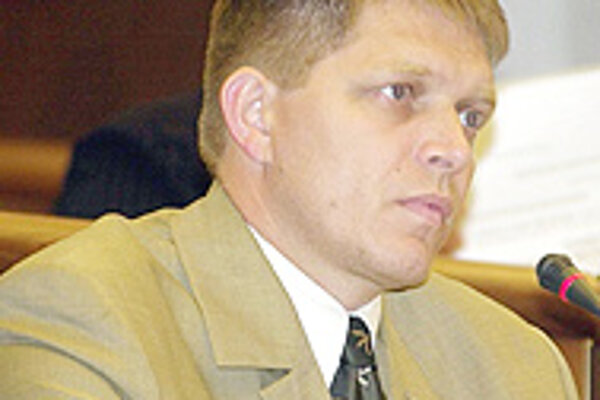 Font size:A-|A+0
THE OPPOSITION Smer party, which leads public opinion polls with 30 percent of the popular vote, would revise the cabinet's reforms if it became a major force in government.

The national elections are still one and half years away. Still, left-wing Smer already outlined the revisions it would make to existing economic and social reforms if it gains power.

Smer, a major critic of the right-wing ruling coalition, says it would introduce two value added tax (VAT) rates to replace the current 19-percent flat tax. It would lower VAT on items such as basic food products, prescription drugs and social housing construction projects and abolish VAT on select goods such as textbooks and school utensils.

According to Smer, it would consider decreasing the tax rate on energy to 15 percent and cancelling the Sk20 and Sk50 (€0.50 and €1.30) co-payments on prescription drugs and hospital stays.

Smer would also decrease the income tax for low- and medium-wage earners.

For businesses, the party promises to introduce various deductible items related to investing and employment.

Smer also promises free healthcare and education and greater guarantees for those who save money in pension management companies as part of the second pillar of the pension reform.

Within five years, Smer would raise the minimum wage to reach 60 percent of the average national wage.

According to Smer leader Robert Fico, these changes would have "practically no impact" on the state budget.

Mikloš also said that his party, the Slovak Democratic and Christian Union Movement, would not cooperate with any party "pushing for similar irresponsible and incompetent proposals".

The current cabinet, which is led by PM Mikuláš Dzurinda, won an international reputation for its bold reforms, including the 19-percent flat tax rate and major health and social reforms. Still waiting for approval are changes to university education, which would require students to co-finance their studies.

Although analysts admit that political compromises are responsible for the passage of some of Dzurinda's reforms, they insist that the cabinet has earned respect. They say that Slovaks are slowly becoming more optimistic about the future as the tough reforms start to pay off.

"The current cabinet definitely does not deserve heedless criticism. The government carried out some of the boldest reforms ever in this state and even the region. The reforms are changing the face of the country. The fact is, however, that no cabinet so far had the courage to support such wide-ranging reforms," said political analyst Grigorij Mesežnikov, head of the Institute for Public Affairs, and a think tank in Bratislava.

According to Mesežnikov, Smer is spoiling its future chances by criticizing not only the Dzurinda cabinet but also its colleagues in the opposition.

At a February 28 press conference, Smer Chairman Fico referred to allegations that the opposition Movement for a Democratic Slovakia (HZDS) party was forging secret agreements with the ruling Slovak Democratic and Christian Union party. Said Fico: "Smer will not secure its participation in the future government at any price, through speculative and characterless agreements as some opposition parties do."

According to Kovarčík, his party always reveals its attitude to Dzurinda's right-wing reforms by voting against them in parliament.

Ironically, analyst Mesežnikov thinks Smer's tactics are tipping the odds in favour of the HZDS becoming a potential coalition member in the future. "Smer's rough-style criticism of the ruling parties for everything they do is playing into the hands of the HZDS."

He added, "This is a great paradox because the HZDS has caused major damage to the country in the past years."

HZDS Chairman Vladimír Mečiar is widely blamed for isolating Slovakia from European democratic principles when he was prime minister, particularly at the end of his third term between 1994 and 1998.

Although Mesežnikov admits that Smer could be a major player in the 2006 national elections, "it still does not mean that it will get in the new government".

In 1998, for instance, the HZDS won the elections with 27 percent of the vote but remained an opposition party since no party would create a coalition with Mečiar.

A similar scenario repeated itself in 2002, when the HZDS was left standing in the opposition despite winning 19.5 percent of the vote.

Smer is ahead in public opinion polls with 25 to 30 percent of the vote. According to Mesežnikov, it is still too early to say whether it can keep its momentum going into 2006.

"The party is trying to ride the wave of unhappiness with the right-wing policies of this government. It is questionable how far Smer will get with this. It is definitely not making political friends with its aggressive tone," Mesežnikov said.