OBESITY is not yet a national epidemic in Slovakia, but there have been enough warning signs to prompt the country’s health professionals and authorities to design a national programme for obesity prevention. 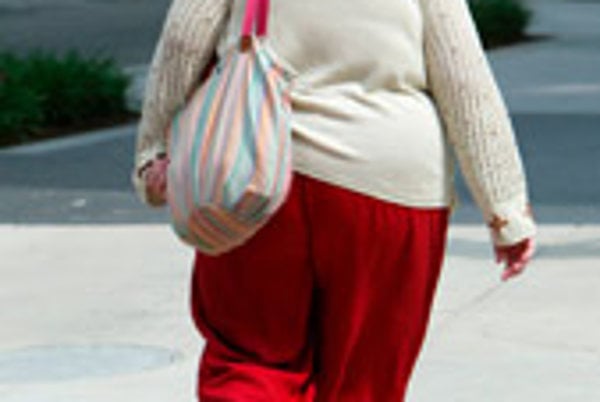 OBESITY is not yet a national epidemic in Slovakia, but there have been enough warning signs to prompt the country’s health professionals and authorities to design a national programme for obesity prevention.

“At this point, we cannot say there is an obesity epidemic coming to a head in Slovakia,” said Tomáš Kúdela of the Public Health Office, which helped prepare the obesity prevention programme.

But if the trends do not change, the negative impacts of obesity – shorter life expectancy, higher mortality rates from obesity-related diseases and lower quality of life – will become widespread in society, he said.

The main focus of the national programme is to prevent higher rates of obesity in children, and to reverse the growth of obesity in adults, the document reads.

According to the plan, two areas will need extra attention to trim the nation’s waistlines: nutrition and exercise. The state would support the promotion of healthy food products, and possibly even give state support to health food producers. Meanwhile, there would be stricter controls on advertisements for high-sugar foods during children’s television programmes, the report reads.

Vending machines with snacks that are high in sugar, salt or saturated fat might also be banned from schools, if the state’s programme wins full support. School curriculums could also change to motivate children to exercise.

A higher rate of obesity means the country has more people with a reduced ability to work and a higher vulnerability to diseases. That results in higher health care spending, Kúdela said.

“The positive aspect is that many of the risk factors for obesity can be modified, so the trends can be influenced, and that can improve the quality of public health,” he told The Slovak Spectator.

The statistical measure used to determine obesity is called Body Mass Index (BMI). A person with a BMI index of 25 or more is considered overweight, while a BMI over 30 means they are obese. Another factor is waist size, which should not exceed 80 centimetres for females and 94 centimetres for males, according to health professionals.

Going by the BMI measure, approximately 52 percent of males and 60 percent of females in Slovakia were overweight or obese in 2005, according to the World Health Organization. The organisation expects the obesity rate among the working-age population to swell by five percent by 2010.

Ivan Majerčák of the Centre for Obesity Treatment in Košice defined obesity as a condition of excessive fatness, which is the result of an unhealthy lifestyle where people consume more energy than they burn off. He says 75 percent of the adult population in Slovakia is overweight or obese.

“While the percentage of obese and overweight males in Slovakia has not really changed recently, epidemiologists have been warning about increasing obesity in children, adolescents and females,” Majerčák told The Slovak Spectator.

“Worldwide obesity is responsible for 58 percent of diabetes cases, 21 percent of ischemic heart diseases (such as coronary artery disease), eight to 42 percent of cancer-related diseases and 10 percent of deaths,” Majerčák said.

According to Majerčák, the most effective way for a person to prevent obesity is to improve their eating habits, get more physical activity and change their lifestyle.

“Even if genetically-conditioned metabolic changes play a role in obesity for 40 to 50 percent of the people, psychological, social and economic factors which result in a deviation from the healthy lifestyle now play a decisive role in a person’s becoming obese,” Majerčák said.

Unhealthy eating choices are beginning to show up at an early age, according to a recent study from the Children’s Clinic in Bratislava and the Comenius University School of Medicine. Slovak children don’t eat enough vegetables, fruits, dairy products or fish, and a high percentage of children don’t eat breakfast very regularly, the study showed.

Only two-thirds of the children who were studied, aged six to 15, eat fruits daily, and only 25 percent eat vegetables every day, the study said.

Two-thirds drink milk on a daily basis, and only half of the children consume milk products every day. Fourteen percent said they eat fish at least once a week, the study said.

Meanwhile, more than half of the children who were polled eat sweets every day, and a third of them eat chips every day, according to the study.