A country of millionaires?

PEOPLE who are far from being millionaires will have to pay the "millionaire tax" on last year's income for the first time in Slovakia's colourful tax history. 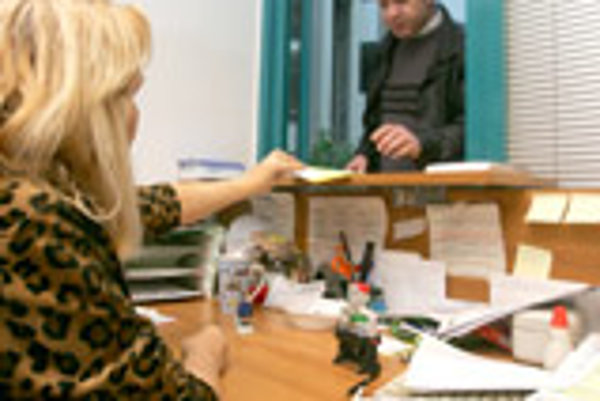 PEOPLE who are far from being millionaires will have to pay the "millionaire tax" on last year's income for the first time in Slovakia's colourful tax history.

The Robert Fico government introduced the new framework in 2006 on anyone who earns more than Sk47,600 (Ř1,448) a month, which translates into Sk570,000 a year. The tax will be paid upon submission of tax returns on March 31.

The non-taxable minimum that is deducted from a taxpayer's base income is gradually decreased starting at Sk47,600 gross, until being completely eliminated for those who earn more than Sk85,000 (Ř2586) a month.

Employees of the banking, telecommunications and IT sectors could be most affected by the millionaire tax, according to a recent survey of nearly 70,000 respondents by the Profesia.sk website.

Of the respondents facing a heavier tax burden, 16 percent work in the banking sector, 11 percent in telecommunications and 10 percent in information technology. The pharmaceutical, trade and automotive sectors also have a considerable number of high-earning employees, Profesia wrote.

The Bratislava Region leads the chart with more than 9 percent of millionaire tax payers, while in the Prešov and Trenčín Regions, the number of people whose income exceeds Sk47,600 a month doesn't even reach 1 percent. In other regions, the ratio of employees with an above-average salary varies between 1 to 2 percent.

The legislation affects only 5 percent of working women, but 14 percent of men, the survey showed. As salaries often reflect the level of education, 15 percent of people with university degrees will see their non-taxable base drop or disappear, according to the survey.

However, less than fourteen months after the millionaire tax came into effect, experts say the legislation has completely missed its aim, since top earners have not been affected at all.

The goal of the millionaire tax was to raise money, said Richard Ďurana, director of the Institute of Economic and Social Studies (INESS), but restructuring the state budget would have been a better way.

At a time when tax revenues are swelling at a rate of 10 percent annually, we do not consider the adoption of progressive income taxation justified, he added.

Raising taxes has since time immemorial been a "populist act" that brings mostly negative results, he concluded.

Ďurana said long before the amendment came into force, half of state budget revenues from income tax came from people earning salaries above Sk28,000, which is 13 percent of the working population.

"This is why there has not been a reason to increase the progressive taxation," Ďurana said.

"Since the millionaire tax affected mostly managers, employees of multinational companies, people running businesses and more highly educated employees, we can say that it amounts to a penalty for hard work and success," he told The Slovak Spectator.

The millionaire tax will actually have the most obvious effect on the middle class, Ján Marušinec of the MESA 10 think tank said.

"The wealthiest people are able to avoid paying this tax because most of their income is generated from running a business rather than regular employment," Marušinec told The Slovak Spectator.

The government claims the change will reduce the gap between the haves and have-nots, but that has been achieved only marginally, Marušinec said. Instead, it de-motivates qualified employees from building their careers.

Ďurana contradicted the second part of that sentiment, but does believe employees and employers will find ways to avoid being designated a millionaire.