Mayors across Slovakia are outraged by the new methods of applying for EU funds for the reconstruction of schools. 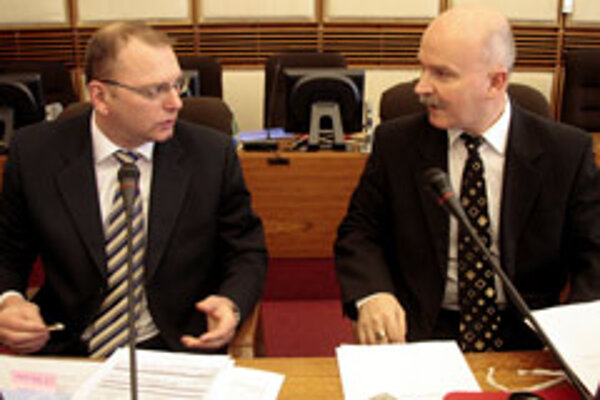 Mayors across Slovakia are outraged by the new methods of applying for EU funds for the reconstruction of schools.

The new system, launched by Construction Minister Marián Janušek (above, at right), required that applicants for Eurofunds register over the Internet. However, it appeared to have been manipulated to favor those applicants who were quick off the mark.

The registration started at 09:00 on February 4, but although it was to last for several days, applicants found they were unable to register after the first 30 minutes. The ministry halted the registration after it had received the first 50 applications, allegedly from mayors with forewarning of the cut-off and prior knowledge of when the registration was to start.

The disgruntled mayors have already turned to the Slovak Association of Towns and Villages (ZMOS) for help solving the problem.