JAZZ lovers no longer have to wait for fall and the three-day jazz festival called Jazz Days to hear world-caliber jazz. Now, festival organisers have proposed a new spring jazz festival as well. 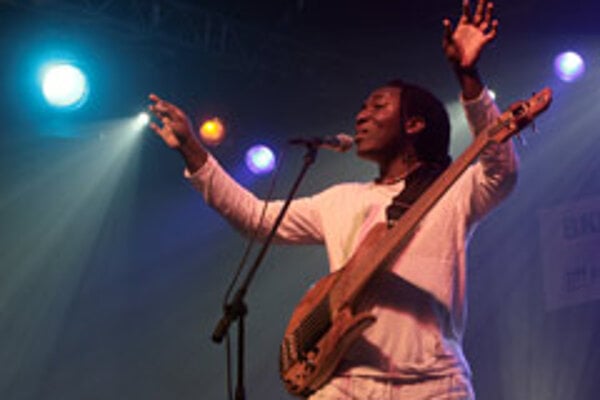 JAZZ lovers no longer have to wait for fall and the three-day jazz festival called Jazz Days to hear world-caliber jazz. Now, festival organisers have proposed a new spring jazz festival as well.

The spring version of Jazz Days will not be limited to the Slovak capital, but will start in Žilina on April 11, continue in Košice on April 12, and culminate in Bratislava on April 13 and 14. In each town four jazz bands will perform.

A band consisting of keyboardist Marián Čekovský, guitarist Henry Tóth and drummer Emil Frátrik will open each of the first three festival evenings. Audiences will remember the first two from the last Bratislava Jazz Days.

The Brazilian singer Lygia Campos will be the first guest of the festival from abroad. Backed by her band, this singer, composer, pianist and percussionist will have audiences up and dancing with her extensive repertoire, which ranges from popular bossanovas to her own compositions full of Brazilian, African and Arabian melodies.

Peter Lipa, a well-known Slovak jazz singer and the “father” of the Jazz Days festival, will group with Ruggero Robin and Mino Cinelu in the Peter Lipa Special to serve up a piping serving of European jazz.

An appearance by Rhonda Smith & Karma Deuce will top off the evening. Ronda Smith is one of the best bassists on the planet, and forms the core of the band that plays for pop star Prince.

On April 14, Richard Bona plays a solo concert in Bratislava. Bona is a genius, a jazz multi-instrumentalist and another fantastic bass player.

The spring event is an offshoot of the annual jazz festival, which has a more than

30-year tradition. Its next edition will be staged in Bratislava from October 24-26.

Tickets for the first spring jazz festival are on sale at ticket servers www.ticketportal.sk and www.hudba.info and in the Bratislava Culture and Information Centre.

Festival pass for the Bratislava part of the festival: Sk900