JUST as the weather warms up, a variety of large open-air concerts are taking place in Bratislava and across the country. 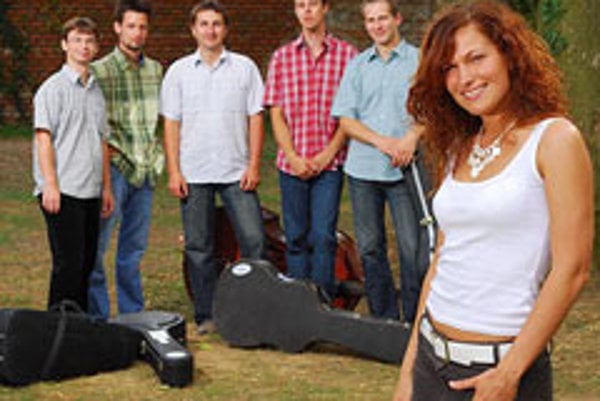 Meantime will be one of the highlights of the Bluegrass Stage. (Source: Camille)
Font size:A-|A+

JUST as the weather warms up, a variety of large open-air concerts are taking place in Bratislava and across the country.

One of them is the Bluegrass Stage, a competitive event featuring bluegrass bands from Slovakia and abroad, which takes place at Hviezdoslavovo Square in Bratislava’s Old Town on May 25.

“There are a lot of excellent bluegrass musicians here,” Kamila Trávničková of Camille, the concert’s organiser, told The Slovak Spectator. “But there is something of a vicious circle: if Slovak bluegrass musicians don’t have a place to perform, no one knows about them. And this often happens to genres out of the mainstream. So I would like more people to get to know it.”

As well as introducing bluegrass – an American style rooted in the Scottish-Irish sounds of the Appalachian Mountains that uses the banjo, mandolin, fiddle, guitar and double bass - the event will serve as a preliminary round of the prestigious Banjo Jamboree, in the Czech Republic.

The 36th year of the Banjo Jamboree, which is the oldest bluegrass festival in Europe, opens in Čáslav on June 20 and 21.

The Banjo Jamboree is also a competition, and Slovak bands that wanted to qualify had to go to the Czech Republic.

“So the organisers asked whether I wanted to set up something like it in Bratislava,” Trávničková told The Slovak Spectator.

To spice up the event, Trávničková also invited some Slovak bluegrass and country bands who are competing for spots in Slovak festivals such as the Dobrofest Trnava, Fest Dobré Bohunice, Mlyn, Countryfest Rozmarín Terchová, Folkscéna Skalica, Bluegrass Evening in Horná Poruba, Rača Fest and Bluegrass Fest, an international festival of bluegrass and acoustic music.

The competing Slovak bands include Union Citygrass, Candy Floss, Krok, Tieň, Fairway and Grunt.
Dessert and Bluegrass Comeback will represent the Czech Republic. Eastern Station band and solo guitarist Tamas Szőke are from Hungary. Blue S.P.A.M. is a Hungarian-Slovak mix, while Stressed Hedgehog consists of US and Slovak musicians.

Of the Slovak performers, Trávničková highlighted Meantime, a band of singer Danka Hroncová and five excellent musicians from Bratislava, Pezinok and Zvolen. It will perform as a guest of the event after the competitive section.

“Meantime is the only non-American band that performed at the anniversary of the Nashville bluegrass festival in the United States last year,” Trávničková told The Slovak Spectator. It was also ranked the second best European bluegrass band last year.

The second guest will be one of the competition’s judges, Stano Palúch. This violinist will perform with Michal Vavro and Michal Barok and show his versatility by performing bluegrass.

“We put Stano Palúch on the jury because, as well as being an excellent musician, he is known for playing various styles,” said Trávničková. “He plays jazz, he did a song with [Slovak singer] Jana Kirscher, he plays folklore, ethno, world music and bluegrass.”

Petr Brandejs, from the Czech Republic, and Roman Áč, from Slovakia, both known on the local bluegrass scene, complete the jury.

Bluegrass fans will be happy to know that Camille is preparing another excellent event. One week after the Bluegrass Stage, on June 1, The Infamous Stringers, a US band that is touring Europe, will perform in the Slovak capital.

One of the biggest discoveries of contemporary bluegrass in the United States, the band consists of six young musicians who only two years after forming won three bluegrass awards at the International Bluegrass Music Association in Nashville last year, including Best Album, Best Song and Discovery of 2007.

The concert, which Meantime will open for the Stringers, starts in the House of Culture Zrkadlový Háj in Bratislava’s Petržalka district at 18:00.

And the third year of the Bluegrass Fest takes place in Zrkadlový Háj between October 10 and 11. The programme features 24 bands from Slovakia and abroad.