TOWNS and villages around Slovakia are expressing concern that they will lose control over development plans on their own territories, at least until a new construction law is passed. Legislation passed by the Slovak parliament on May 22 gives developers in each municipality the option to decide whether to conform to the existing local master plan or to a previous version, if it was valid when they first submitted their request for a construction permit. 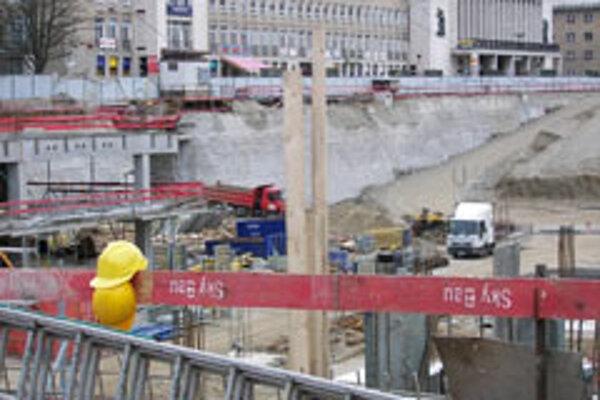 TOWNS and villages around Slovakia are expressing concern that they will lose control over development plans on their own territories, at least until a new construction law is passed. Legislation passed by the Slovak parliament on May 22 gives developers in each municipality the option to decide whether to conform to the existing local master plan or to a previous version, if it was valid when they first submitted their request for a construction permit.

The drafters of the legislation, Smer deputies Renáta Zmajkovičová and Marián Kovačócy, argued that investors have often suffered damages, in some cases running into millions of crowns, when municipalities changed their master plans during planning applications, for example by reclassifying an industrial zone as a green area.

"The revision solves issues that have been causing serious practical problems for all the parties involved in the process of construction approval," Zmajkovičová told the public broadcaster Slovak Radio.

But towns do not share Zmajkovičová's enthusiasm and have already requested that the Slovak president vetoes the law. Local governments argue that the revision harms the public interest and gives investors' interests preference over the interests of local governments by allowing the former to choose which version of the master plan is more advantageous for them.

The towns also argue that investors themselves need transparent rules that don't allow for exemptions.

The Construction Ministry said that though the revision was unfortunate, it is only temporary and should be valid only until a new construction law is passed.

"These issues will [then] be solved in a more comprehensive way," a spokesman for the ministry, Miroslav Bátovský, told private TV news station TA3.

The Union of Towns of Slovakia said that lobbying by a group of investors and developers is behind the law change.

The current legislation, which the union concedes is imperfect, prevented developers from carrying out their plans regardless of the impact on the lives of local inhabitants and on the quality of the environment, said Štefan Bošnák, president of the Union of Slovak Towns, in a statement.

"It is an effort to limit the sovereignty of independent decision making by elected representatives of towns and villages, and to ignore the interests of the citizens of the concerned territory," said Bošnák.

Zmajkovičová, however, argued that not only investors and developers but every citizen who requests a construction licence could benefit from the law. She also said, in comments made on TA3, that the main problem is that the process of approving a construction licence is far too lengthy and if authorities had been issuing decisions about constructions on time then no revision would have been needed.

"At the time of submitting a request a specific master plan is in place," Zmajkovičová told TA3. "The process should last 60 days. This is not happening, and it is not the fault of the applicant."

According to Zmajkovičová, in some cases the approval process lasts as long as 6 months, during which time the master plan may change.

"Sometimes the approval process is delayed precisely because the construction office or the town knows that a new master plan will be approved," Zmajkovičová added.

However, the union said it fundamentally disagrees with the approved revision as well as with the arguments for it.

The argument that bureaucratic proceedings have obstructed construction approvals is not tenable since the proceedings are defined by law in order to judge the suitability of each proposed location, and each investor must assume there will be delays, the union said.

"The proposed bill does not respect the sovereignty of the local administration, which is elected by the citizens, and hence ignores the interests and opinions of the citizens of the concerned locality" Marián Minarovič, the general secretary of the Union of Towns of Slovakia, told The Slovak Spectator.

Zuzana Čaputová of the civil association Via Iuris, Centre for Citizens' Rights said that the authority to decide on territorial plans should be in the hands of towns and villages.

"Towns and villages have the authority to solve their territorial arrangements in a comprehensive way, along with deciding on the use of the land with respect to environmental concerns," Čaputová told The Slovak Spectator.

In fact, the law gives authority over territorial planning decisions to the municipalities, but the revision creates a situation where this authority cannot be enforced if the developer does not wish it to be, Čaputová said.

"One of the main roles of the master plan is that it defines wanted and unwanted activities on the territory, which means that it sets the limits and all planned activities must be judged exactly according to these criteria," Čaputová said.

However, by changing the legislation, it has now lost content, meaning or goal, Čaputová added.
Now a building can be approved for construction on the territory of a municipality even if that municipality specifically objects to it, she said.

"It could, for example, mean that to ease the environmental burden a municipality changes an industrial zone to a green zone in its master plan," Čaputová said. "However, a factory can still be built there because the old master plan had previously permitted it."

According to Čaputová, the process of preparing a change to the master plan lasts approximately a year, so it is untrue to claim that an investor would be surprised by any unanticipated change to it.

Via Iuris does not accept the Construction Ministry's argument that the revision will be valid only for a limited time, until a new construction law is passed.

"If you are a big business, you can do a lot in half a year," Čaputová said.

Towns stress that master plans are an important part - perhaps the most important - of the prerogatives of local administrations and the revision should respect that.

"In a democratic society it should not happen that one investor can decide whether he or she is going to proceed in line with the currently valid or the previous master plan, while other investors will not have this option," Minarovič said.

The revision, once it becomes law, might also produce contradictory decisions and even corruption. It might also deform the appearance of towns, said Minarovič.

"The revision completely disregards the majority - and practically unified - opinion of professionals, local adminis-trations and the public," Minarovič added.

According to Minarovič, potential investors are first and foremost interested in transparent, exemption-free rules.