THE NETHERLANDS is the largest source of investment in Slovakia, according to the latest statistics produced by the National Bank of Slovakia (NBS). Although there are more than 100 Dutch companies present in Slovakia, most are small and medium-sized enterprises and the volume of their investments would not be enough to make Holland the number one investor. 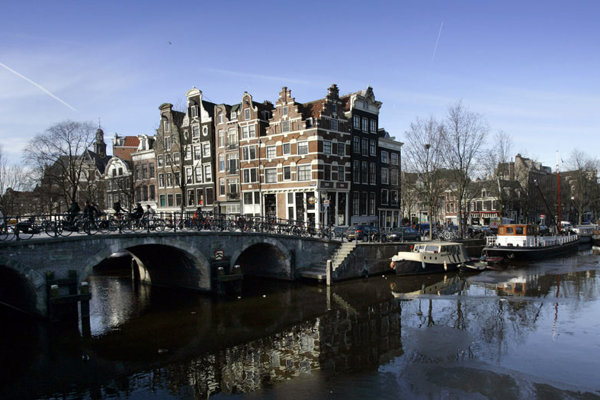 THE NETHERLANDS is the largest source of investment in Slovakia, according to the latest statistics produced by the National Bank of Slovakia (NBS). Although there are more than 100 Dutch companies present in Slovakia, most are small and medium-sized enterprises and the volume of their investments would not be enough to make Holland the number one investor.

The mystery of its top spot stems from the fact that many multinational companies use the Netherlands as the base for their European investment activities. It is thanks to Holland’s favourable tax system that these companies have established their headquarters there. Thus, from the point of view of NBS statistics, US Steel or IKEA are recorded as Dutch investors.

Dutch companies are active in Slovakia mainly in the areas of finance, technology, mechanical engineering, the plastics industry, food processing and transport, according to the trade department of the Royal Netherlands Embassy in Slovakia. However, the main area of cooperation is the environment. The Netherlands has long-standing experience in water and waste management which Slovakia could use to help meet demanding environmental goals set by the European Union.

While all the largest Dutch companies are present in Slovakia, most of those operating here are small and medium-sized enterprises (SMEs), said Yvette Daoud, counsellor of the trade department at the Royal Netherland Embassy in Bratislava.

“There are many opportunities in Slovakia and that is why so many companies are coming here, especially small and medium-sized enterprises” Daoud told The Slovak Spectator. “A large company will always manage somehow. The fact that the main interest comes from SMEs says a lot about the country’s business climate.”

The SME sector is important for developing diversified branches in the economy, they are flexible and very important for the development of the whole economy, she added.

All EU countries are having to pay considerable attention to environmental issues as a result of various agreements reached on the quality of drinking water, surface water, and the reduction in CO2 emissions. All these subjects mean that a lot of activities will be required in different environmental sectors.

The Netherlands is a densely populated country with a lot of water, according to Daoud. This means the country has a lot of experience in water treatment, water management, waste management, soil decontamination, waste to energy technologies, and renewable sources of energy.

“Slovakia as an EU member is facing the same challenges and will be getting substantial financial support from Brussels in order to help the country reach the required levels,” Daoud added.

This May the embassy organised a trade mission to Slovakia for Dutch companies active in water and waste management. The mission was preceded by a preparatory seminar in February. The seminar was well attended by companies, consultancies and representatives of Slovak towns and communities.

“When the mission was in Bratislava on May 20, the companies met several interested parties, and already some cooperation is emerging, especially in waste treatment,” Daoud told The Slovak Spectator.

Other current areas of interest for Dutch companies active in Slovakia are mechanical engineering, machinery, technology, tourism, metal-working, and transport. Slovakia’s location, close to Ukraine and other large eastern markets but with membership of the EU, is attractive for many Dutch companies.

However, low standards of law enforcement, including non-payment of overdue invoices which can take years to be resolved via Slovak courts, are regarded as the main disadvantages of the Slovak business environment, according to Emile Roest, president of the Netherlands Chamber of Commerce.
“Registering new companies also used to be a long and complicated process; this, however, has been improved,” Roest added.

“I would like to add one thing. Often some people tend to think that everything is better in the West,” said Roest. “But Slovakia was organised quite recently, and in a modern and efficient way. Doing business here is sometimes easier than in the West. ”