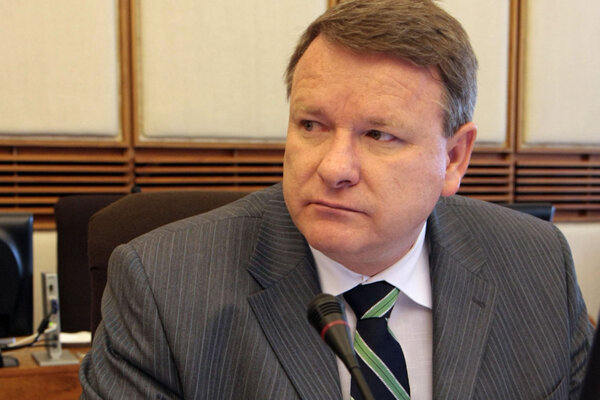 Prime Minister Fico sacked Izák on July 22 for what he called “unethical conduct.” He cited a Sk200,000 subsidy that went to the mother-in-law of the head of the Environment Office as the main evidence justifying the dismissal.

According to the Sme daily, the ex-minister has also approved subsidies from the Environmental Fund to SNS MP Jozef Ďuracka and Jozef Minďáš, the head of the state forest company.

Environmentalists and observers have dubbed Izák a weak minister who made minimal progress.

In his defence, Izák denied violating the law and said that in many cases he didn’t even know the names of who was receiving the subsidies. He reminded the media that it is the fund council that makes the final decision.

“Though the subsidies were distributed in line with the law, they were at odds with ethical principles,” Fico told the press.

The SNS accepted Fico’s decision and has withdrawn Izák from the post. But the party is remaining tightlipped about the matter, including media speculation that Izák will be replaced by Pavol Tehlár, a person close to SNS serving at the Environment Ministry.

Some environmentalists, however, have not been as sparing in their criticism.

“Izák was the worst environment minister in the country’s post-revolutionary history,” Juraj Smatana of the Ekoforum said in a press release. “The conduct of the Environment Ministry has never been as harmful to nature and the environment as it was during the Izák era.”

Smatana said Izák should have been dismissed for the serious damage to the environment that took place on his watch, rather than for cronyism.

Robert Oružinský, an ecologist and former environment ministry employee, confirmed that Izák had a history of approving unethical subsidies.

“He approved almost Sk1 million for a STV promotional programme that one-sidedly defended the fight against the bark beetle in national parks,” Oružinský said. “He seemed to me more a mistake of the system than a real minister.”