WHAT had seemed a quiet ministry, overshadowed by media excitement with departments such as finance, economy, defence, justice, health and the interior, is now in turmoil over accusations of cronyism related to the approval of subsidies. 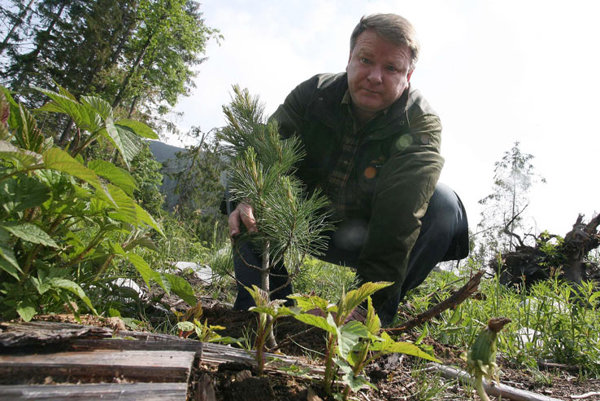 WHAT had seemed a quiet ministry, overshadowed by media excitement with departments such as finance, economy, defence, justice, health and the interior, is now in turmoil over accusations of cronyism related to the approval of subsidies.

Izák, a nominee of junior coalition party the Slovak National Party (SNS), is the fourth minister to leave the cabinet since the parliamentary elections in 2006. His ministerial career ended after it emerged that he had approved payment of subsidies to political contacts and supporters from ministry funds.

However, environmentalists and observers blame Izák for more than approving questionable subsidies. They also allege there was a lack of transparency in his policies and that he yielded to lobbyists.

While the political ethics watchdog Transparency International Slovakia (TIS) welcomed the firing, it also said that the dismissal has wider implications, demonstrating what it said are the prime minister’s double standards when it comes to penalising ministers suspected of unethical conduct.

As The Slovak Spectator went to print, a new minister had yet to be appointed. Some media speculation pointed to Pavol Tehlár, the director of the Environment Ministry’s department of environmental quality, as Izák’s potential successor.

Prior to serving at the Environment Ministry, Tehlár, who has close ties to the SNS, worked at an aviation repair company in Trenčín. The financial daily Hospodárske Noviny has listed SNS MPs Ján Slabý and Anton Korba, as well as the current state secretary at the Finance Ministry, František Palko, as other potential candidates. The Pravda daily suggested that the head of the State Environment Protection Agency, Andrej Vidra, might also be a candidate.

Izák left the ministry swiftly after the party which nominated him, the SNS, agreed almost immediately to Fico’s request for him to be sacked.

In his defence, Izák denied violating the law and said that in many cases he didn’t even know the names of those receiving the subsidies. He told the media that it is the council of the Environmental Fund that makes the final decision. TIS however outlined faults in the minister’s performance and said that Izák bears responsibility for all that happened within his department.

“Minister Izák had the power to decide about how certain issues were treated at the ministry,” Emília Beblavá, head of TIS, told The Slovak Spectator. “Several factors indicate that he used this power to support either his personal interests or the interests of his party: be it through the distribution of subsidies to municipalities that are led by members the Slovak National Party, or by supporting people who were close to the minister’s personal or party environment.”

However, Beblavá was quick to add that Izák is not the only minister who has been using his public position in a manner incompatible with the public interest.

“We have defined an inclination to party cronyism also at the Finance Ministry and the prime minister, for example, has not addressed the problem there,” Beblavá said. “So yes, Fico made the right decision in case of Izák, but on the other hand we see that there are double standards applied and that not all ministers are similarly punished.”

Such a double-standard approach reduces the transparency of the political environment, said both ethics watchdogs and political analysts.

Some environmentalists have also expressed strong criticism of the ex-minister.

“Izák was the worst environment minister in the country’s post-revolutionary history,” Juraj Smatana, of the environmental umbrella organisation Ekofórum, said in a press release. “The conduct of the Environment Ministry has never been as harmful to nature and the environment as it was during the Izák era.”

Smatana said Izák should have been dismissed for the serious damage to the environment that took place on his watch, rather than for cronyism.

Juraj Švajda, an environmental analyst and activist, said that the main problem was the ineffective management of protected areas and - mainly - the institutional arrangements for environmental protection along with recovery of the sector’s financing, which is currently under transition to a self-financing model.

“Under his management there was ‘personnel cleansing’ at the ministries and in management of the national parks,” Švajda told The Slovak Spectator, adding that more bureaucracy has infiltrated into management while cooperation with the voluntary sector has shrivelled. “Slovakia is facing infringement proceedings by the European Commission over the removal of fallen wood from the Tichá and Kôprová Dolina valleys [in the High Tatras].”

According to Švajda, the revised law on environmental protection is extraordinarily generous to developers while the Environment Ministry is losing court trials over dubious exemptions granted to the ban on bear hunting.

“The prime minister had many reasons to recall Izák before the Environmental Fund scandal,” Švajda added.

Robert Oružinský, an ecologist and former environment ministry employee, confirmed that Izák had a history of approving unethical subsidies.

“He approved almost Sk1 million for an STV promotional programme that one-sidedly defended the fight against the bark beetle in national parks,” Oružinský said. “He seemed to me more a mistake of the system than a real minister.”

Elena Pätoprstá, who is also a member of the Ekofórum umbrella group, said that the department lacks vision and its administration is not systematic.

“The Environment Ministry does not stand for protection of nature or preserving its values but has been walking a path where economic aspects seem to be more dominant,” Pätoprstá, who represents the civil association Hope for Sad Janka Kráľa (a public park in Bratislava), told The Slovak Spectator.
According
to Pätoprstá, there is also much scepticism among people in general, and the community of environmental organisations in particular, regarding the operation of the ministry.

“People have their jobs and pay taxes and they should expect the state to perform the role of protecting the environment, which is in fact a sort of patriotism,” Pätoprstá said. “Civil organisations and the public can do quite a lot in this area but they cannot replace the state in this role”.

Pätoprstá said that citizens’ access to information, and transparency, is the only way to erase corruption.

As for the appointment of a new minister, Švajda said that his name is unimportant.
“The ruling parties do not currently have qualified professionals to fill this post,” Švajda said.

According to Švajda, what the ministry needs is a competent professional with some environmental consciousness who genuinely wants to help the department and not just follow party-political instructions.

The Environment Ministry will distribute Sk1.8 billion of EU structural funds this year. Katarína Šašková, who is the daughter of an SNS MP, was appointed the head of the Eurofund section at the ministry, the Sme daily has reported.

The daily also wrote that Izák, after taking up his ministerial post, reshuffled people in key posts.

Meanwhile, Sme wrote that “the distribution of subsidies worth hundreds of thousands crowns for solar panels are not the greatest problem of the Environment Ministry under Izák” and suggested that the ministry lacked transparency in its policy for distributing corporate carbon emission quotas for the years 2008-2012.

The ministry said the information was incorrect and misleading.